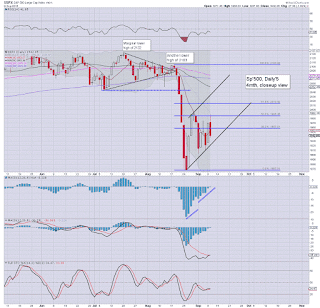 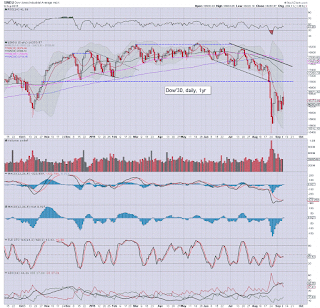 Despite sig' net daily declines - with a powerful 2.5% reversal from sp'1988 to 1937, the near term outlook into FOMC week remains bullish.

Trend support will be around sp'1925 at the Thursday open. By the Friday close.. the market needs to be trading above 1940.

First key downside target for the doomer bears is the Friday low of 1911. Unless that is taken out.. and closed under, it remains a series of higher lows.