US equities are seeing increasing weakness as the market has repeatedly failed to break/hold above the sp'2100 threshold. The VIX is starting to show some initial upside power... the 15s look due tomorrow. The ultimate issue now is whether the 200dma will be closed under tomorrow.. for a very bearish weekly close. 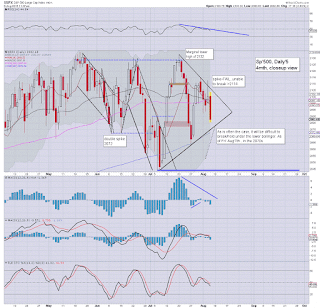 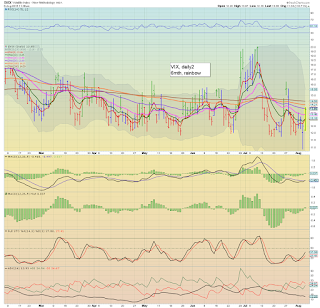 Keep in mind, I've been babbling on about that scenario for a few months... not least as stocks like INTC offer an indirect signal of where the broader market was likely headed. Similarly.. AAPL and DIS are following. 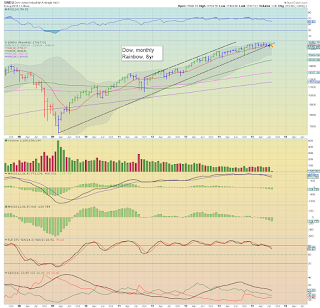 VIX +13% in the 14.19s.... still a long way to more interesting levels of the 16/17s.
Posted by Permabear Doomster at 16:49:00
Email ThisBlogThis!Share to TwitterShare to FacebookShare to Pinterest
Newer Post Older Post Home