US equities closed significantly higher, sp +22pts @ 2099. The two leaders - Trans/R2K, both settled higher by 1.1%. Near term outlook offers moderate threat of downside to 2085/80... but regardless of any Tues/Wed weakness, the broader trend looks bullish into early August. 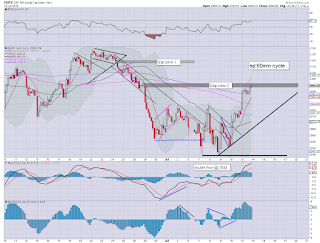 *further gains in the closing hour, and some indexes suggestive of a straight up move, at least into early Wednesday.
--

Ant Man, aka. Gordon Gekko.. aka... Micheal Douglas brings the day to a close !


So, a second consecutive day of significant net daily gains. The recent double floor of sp'2044 is already almost 3% lower!

For the few remaining doomer bears out there... it is arguably a gain of side step this nonsense.. at least into early August.
-

Something I did not mention earlier.... the bears were causing travel problems in London city earlier this morning... as they broke through a fence.. and chained themselves up.