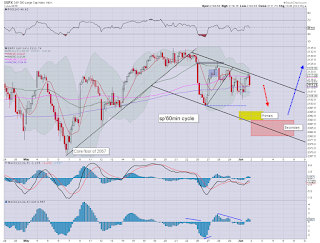 *some distinct weakness in the closing hour, with resistance holding at sp'2119.
--

A day of moderate swings, with opening gains failing.. turning a little lower with a floor of sp'2102.. but then swinging almost a full 1% higher.

The closing hour weakness certainly bodes well for the equity bears for Tuesday, although even a decline to 2090 is nothing to get too excited about.

It does seem the next decent opportunity for a major rollover will be after the next FOMC.. and to be clear, I do NOT expect rates to be raised until at least September.