US equities continued to climb, sp +23pts @ 1985. The two leaders - Trans/R2K, settled higher by 1.5% and 2.8% respectively. Near term outlook is for a reversal after the next FOMC announcement, but downside increasingly looks limited to 1920/00 zone. 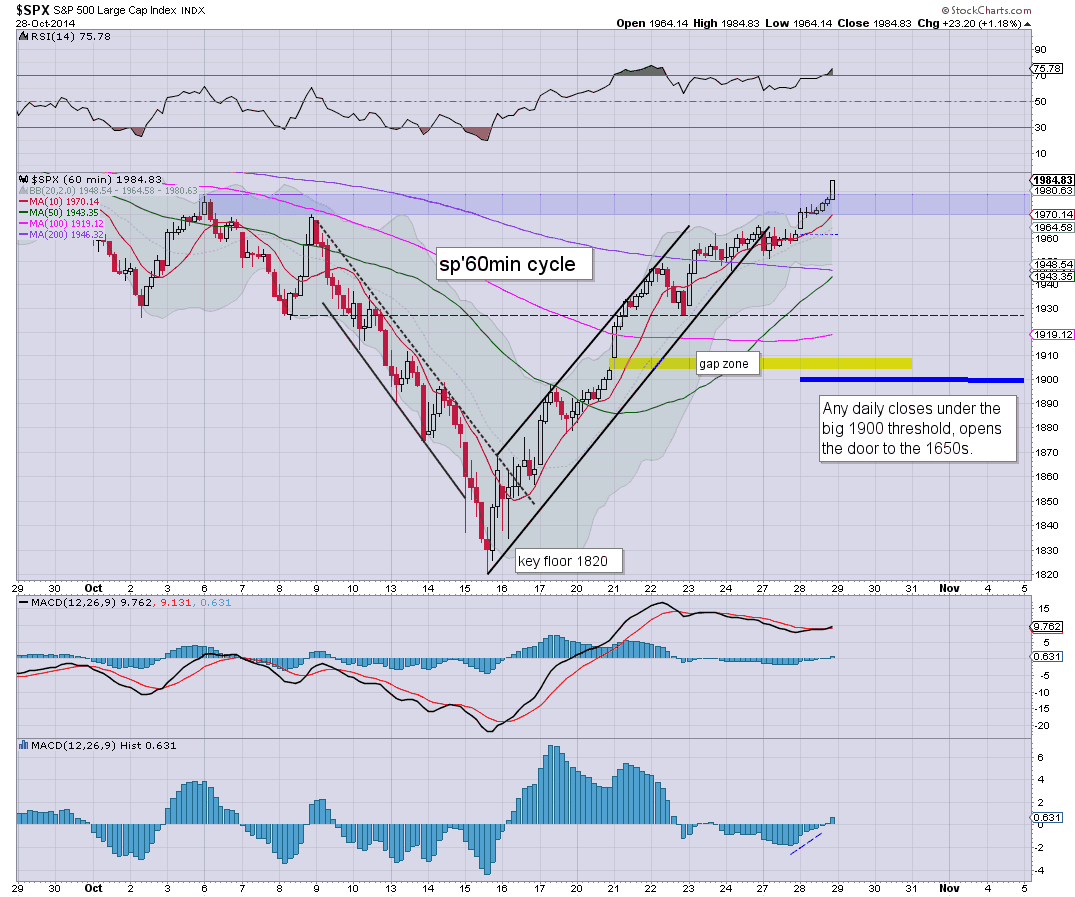 *most notable today, a new historic high for the Transports, athough the same thing happened in early July 2011.. due to falling oil prices.. whilst other indexes put in lower highs.
--

For those already short, today was a real pain grinder, and at least the first half of tomorrow won't likely offer anything good.

The issue now is whether the market can somehow push higher after the FOMC fomally announce the end of QE3.. or if the market will sell the news.... at least down to the 1920/00 zone. Right now, the latter would be my best guess.
---

Awaiting earnings from the FB.