A major weekly decline in volatility

With US equities climbing across the week, the VIX naturally continued to slip, with a net weekly decline of -26.4% @ 16.18. Near term outlook is for VIX to slowly melt to 15/14s, ahead of the next FOMC. VIX 40s remain a viable upside target for November. 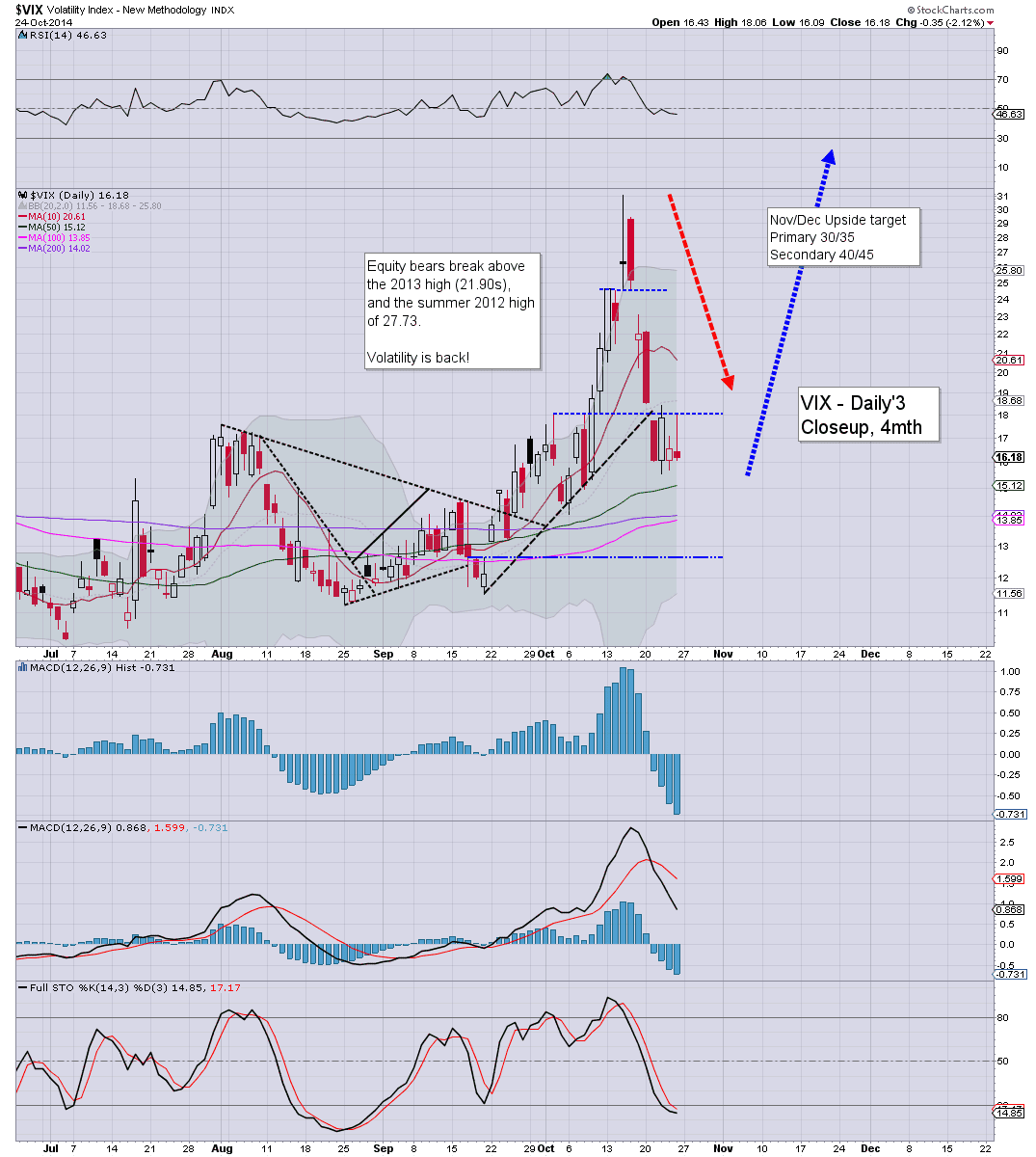 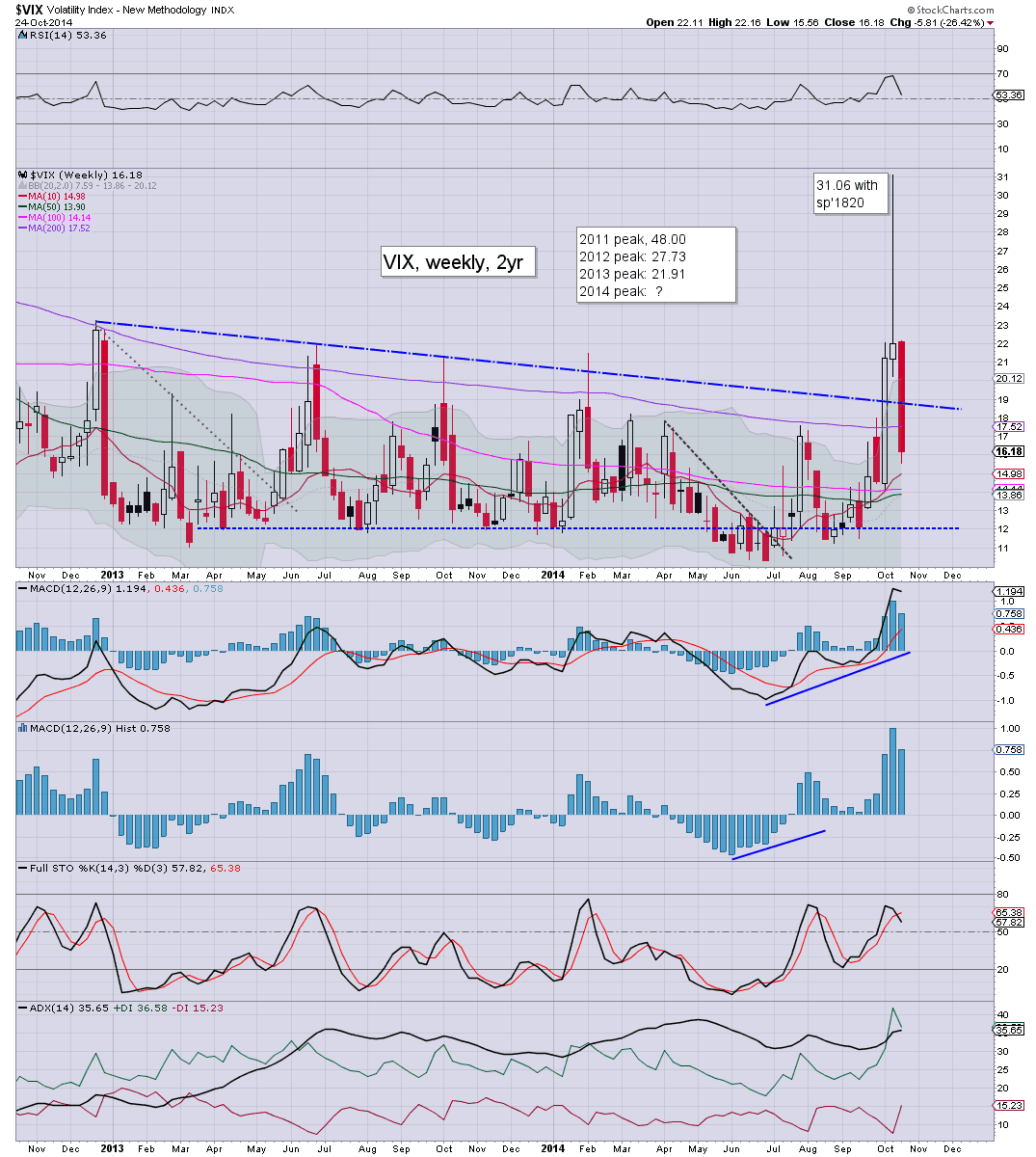 Suffice to say... last week's high of 31.06 is now a massive way up... and many are suggesting that the VIX will remain low for the rest of the year.

I strongly disagree, and instead see this merely as an initial wave higher - much like June 2011. The pull back to the teens was anticipated, and I'd be very surprised if the VIX doesn't at least climb back above the key 20 threshold in November.

Market gets stuck, unable to break/hold the sp'1970s, and rolls lower.. putting in a critical lower high. VIX eventually explodes into the 40s.. once the recent sp'1820 low is taken out.

If the sp'1650s are hit, then VIX should be in the mid/upper 40s.... which would be a level we've not seen since 2011.
--
more later... on the indexes
Posted by Trading Sunset at 23:00:00
Email ThisBlogThis!Share to TwitterShare to FacebookShare to Pinterest
Newer Post Older Post Home