Momentum turning to the bears

Despite the bulls managing moderate gains to end the week, the week as a whole was certainly one for the bears. The sp'500 saw a net weekly decline of -27pts (-1.4%), settling at 1982. Outlook into early October is bearish, with viable downside to the 1920/00 zone. 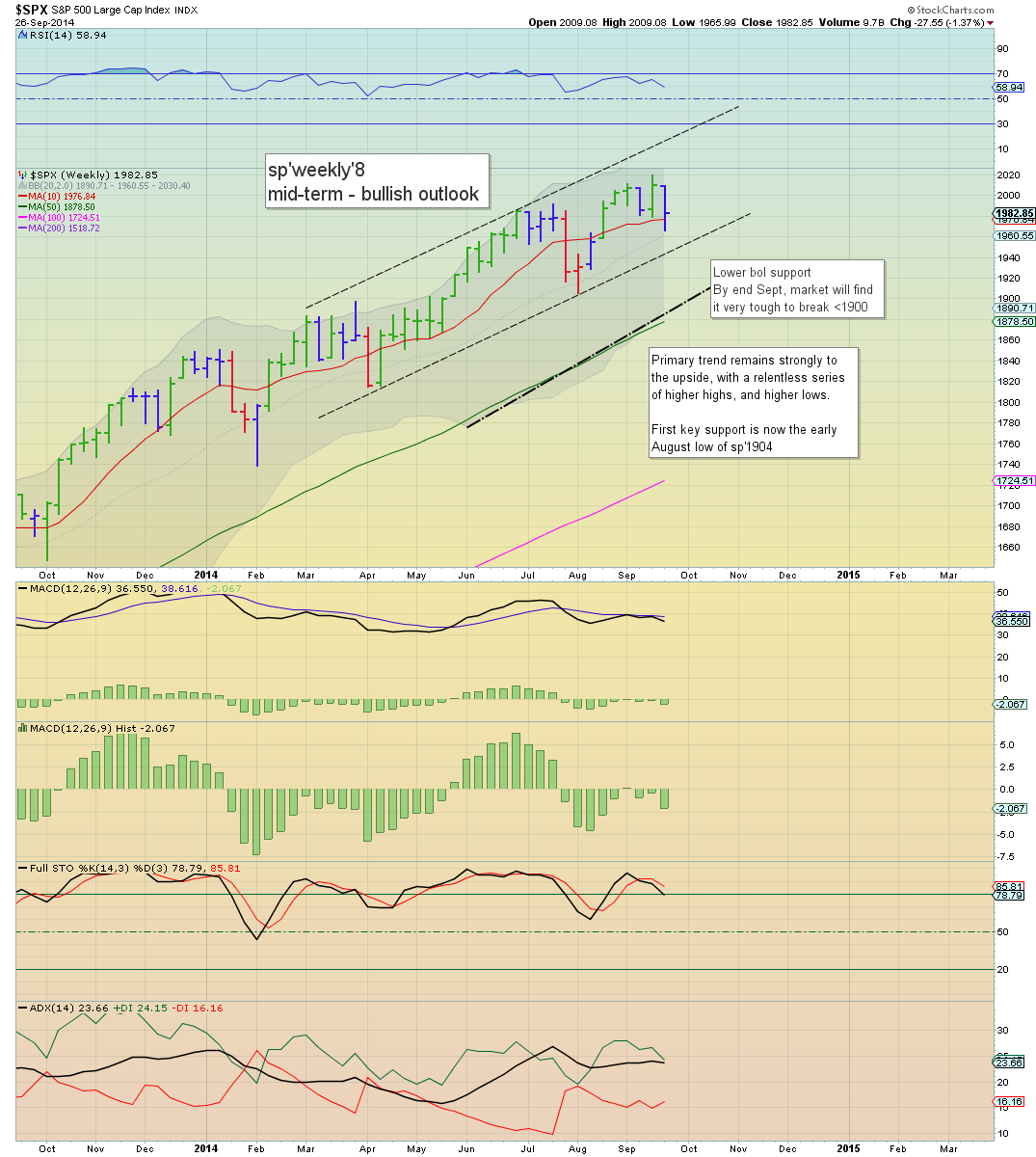 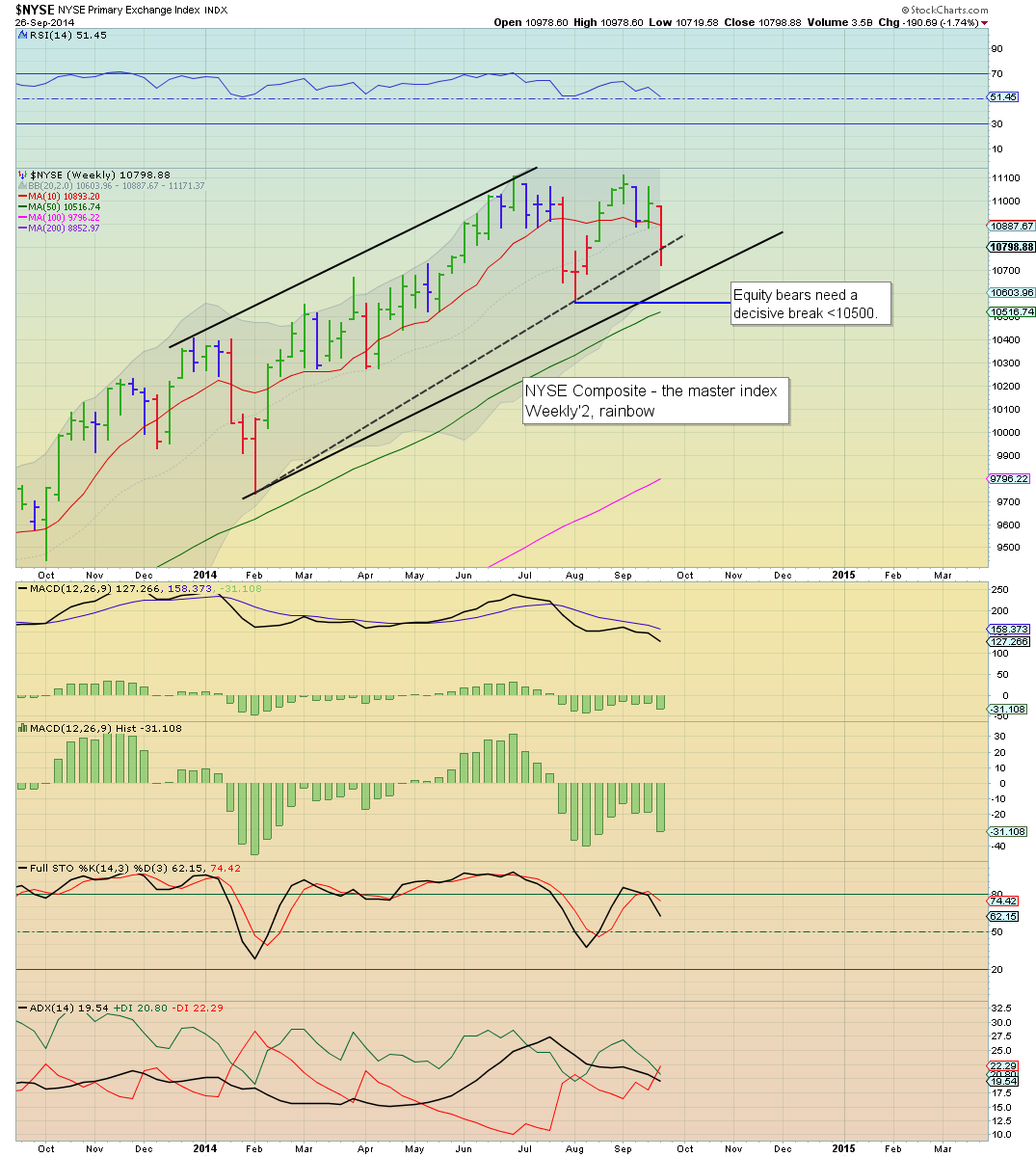 Its been a long week, not least with my 'GOOG' problem.
--

Suffice to say, equity bears had a week in their favour, the blue candle on the sp'500 weekly 'rainbow' chart was somewhat useful. However, some indexes settled with a red candle, most notably, the R2K, and the NYSE Comp'

Underlying MACD (green bar histogram) remains bearish, and for the moment at least... bounces are to be shorted.

All things considered, further downside looks likely next week.... at least to the sp'1950/40s, which should equate to VIX somewhere in the 17-19s.

Have a good weekend everyone