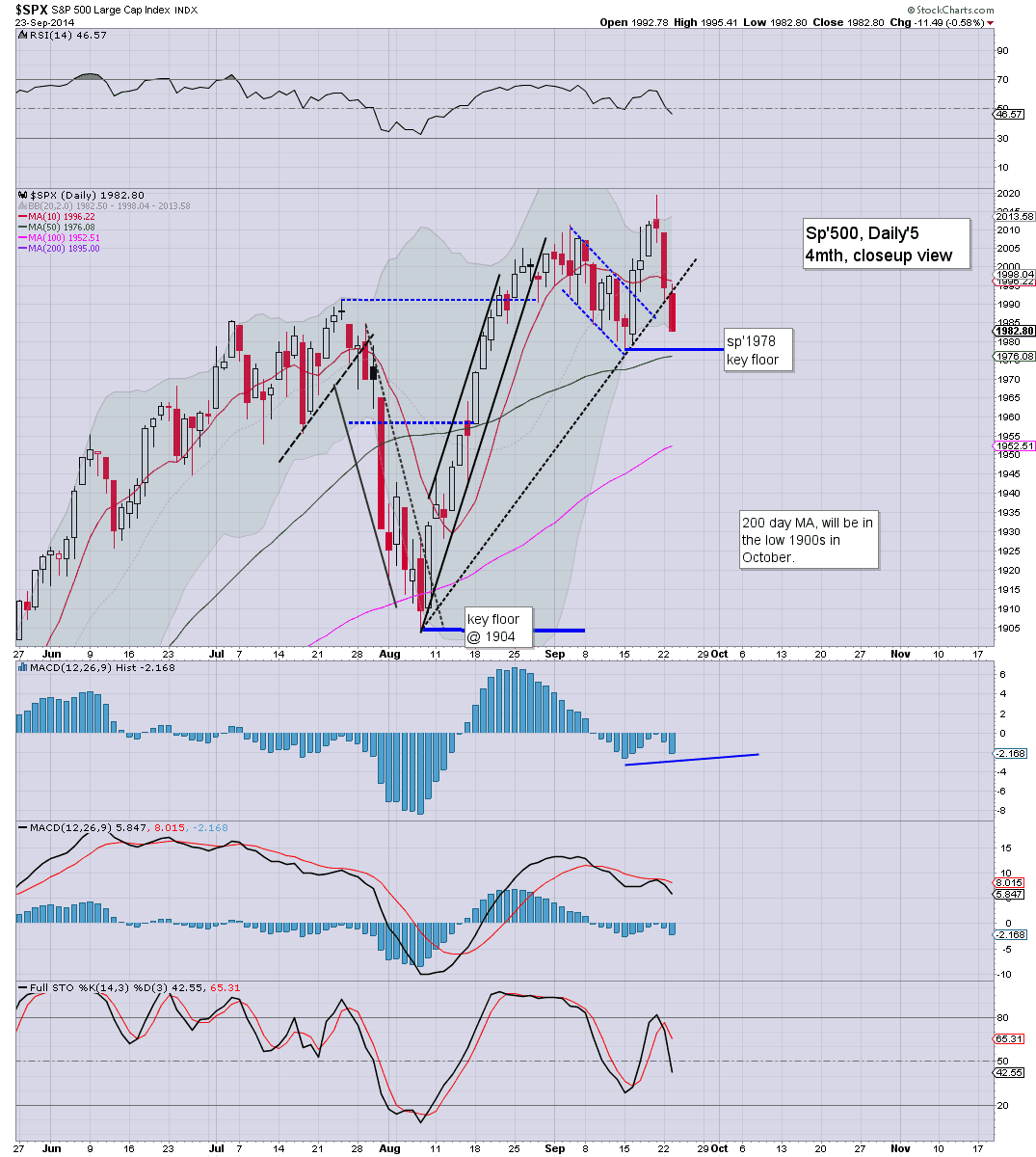 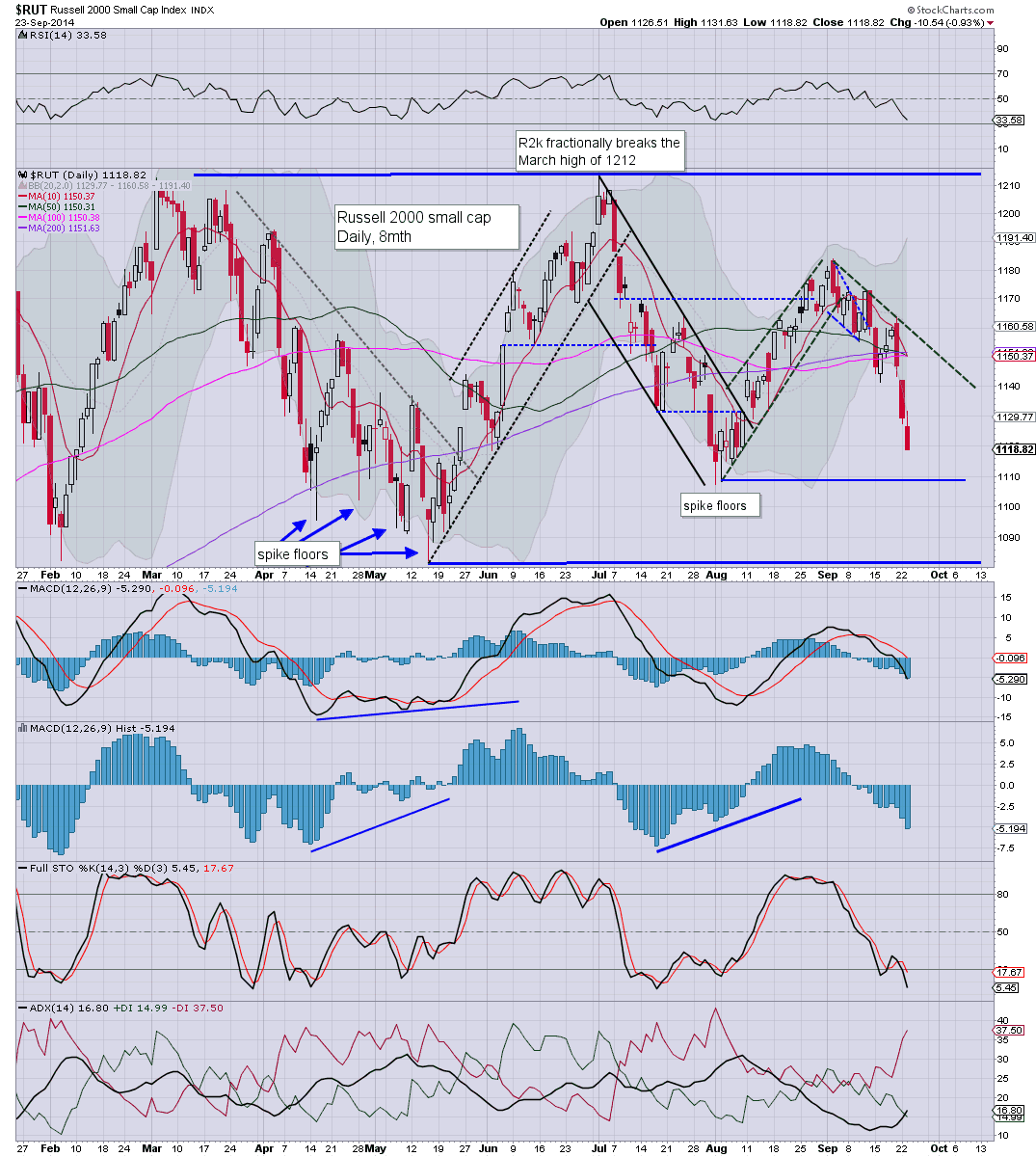 The R2K remains notable in its weakness, although is still (just) holding above the low from early August - when the sp'500 floored at 1904.

Underlying MACD cycle is pretty low for the R2K, and despite the ongoing weakness, it won't be easy to take out the August low.

As for the sp'500, we do have a break of rising support - that links to the large bull flag. A daily close <1978 would make things 'interesting'. Until then, it remains a series of higher highs...and higher lows.
--