11am update - still within the near term down trend 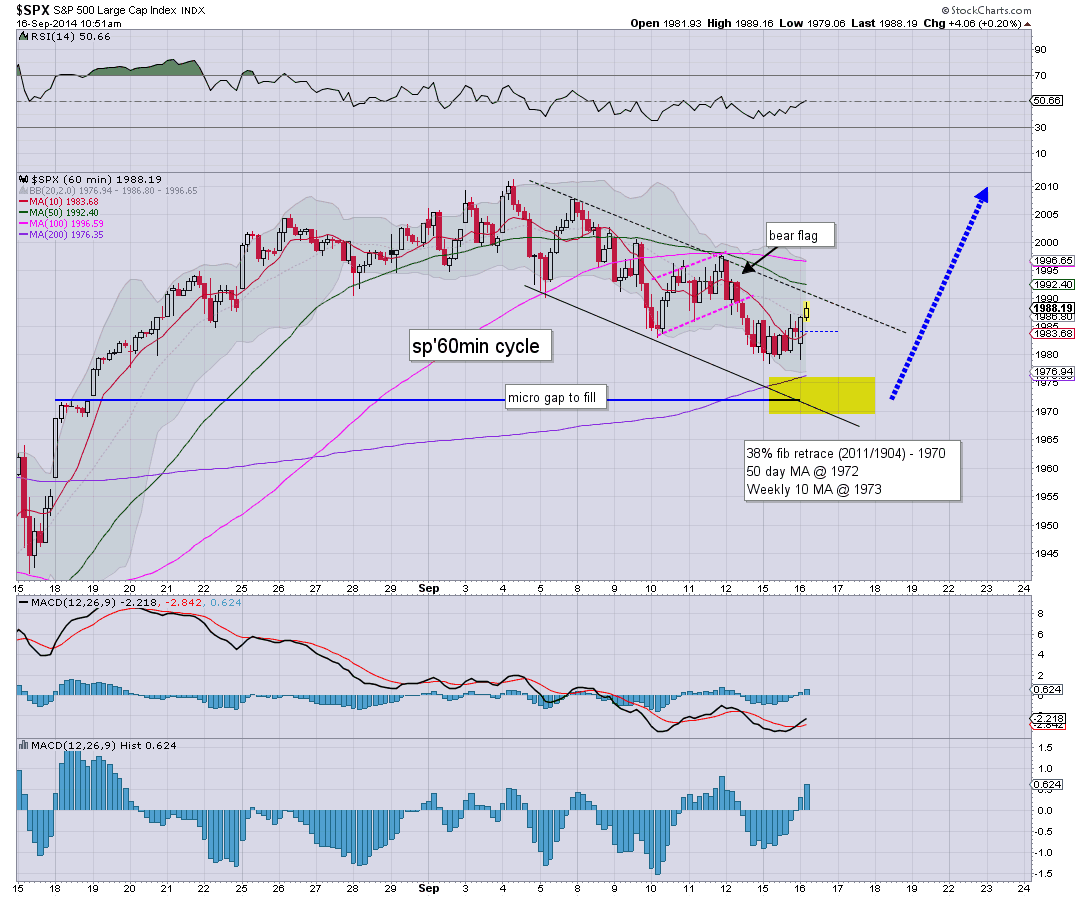 ..again, its pretty tedious. The price action is relatively minor.

Price structure is a rather clear very large bull flag.. and whether you want to call it a wave'2.. B... or whatever.... the bears remain WEAK.