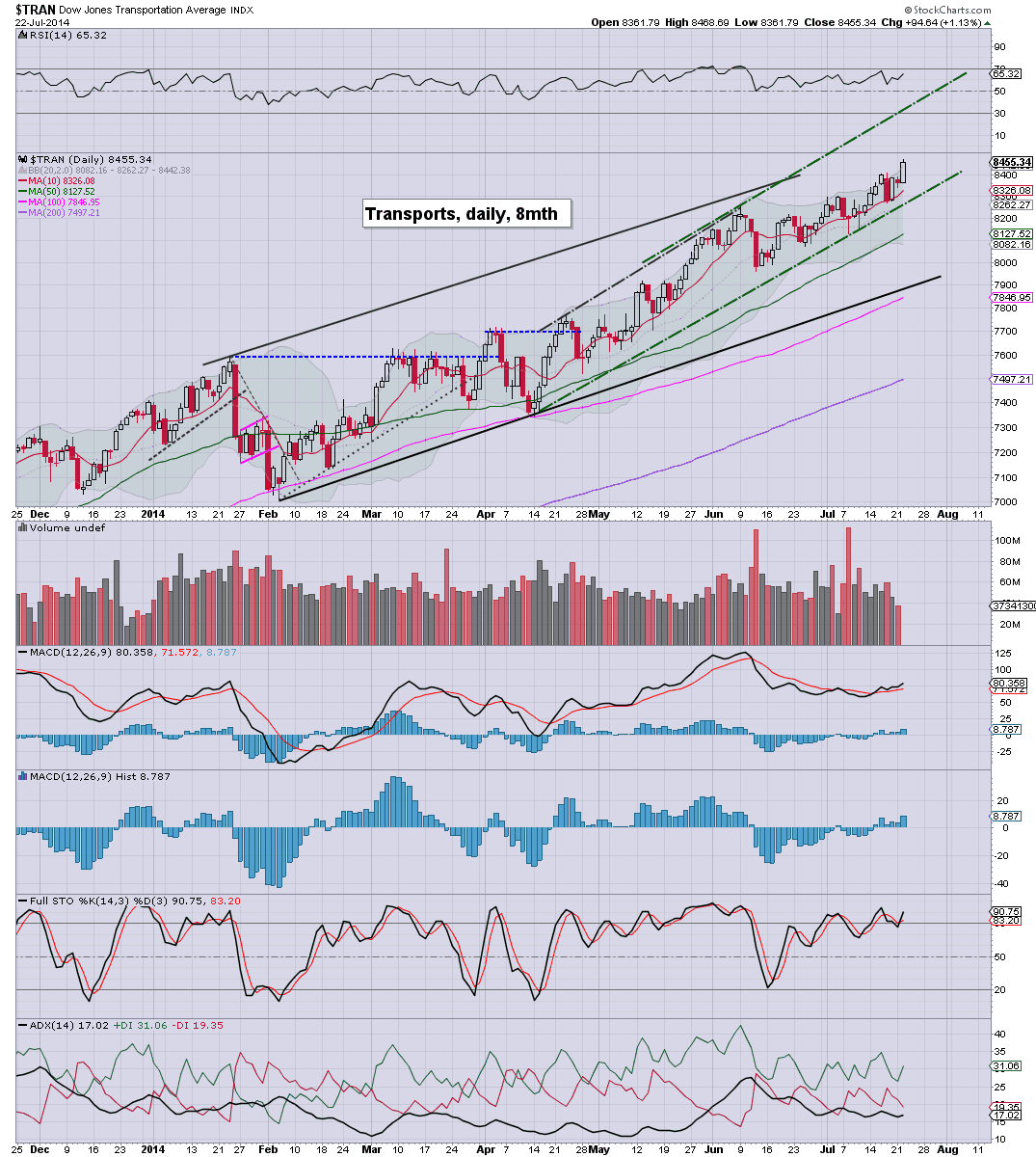 Without question, the most notable aspect of today was another set of new highs, in the Transports and sp'500.

The past week was certainly a little shaky for the market, but with new highs being hit, things are once again clear. We're headed higher.