Yet another week for the bull maniacs

It was another positive week for the US equity market, with the sp'500 seeing a net weekly gain of 26pts (1.4%). The broad trend remains strongly bullish, although there is moderate chance of a minor down wave of 2-3% in the remainder of the month. 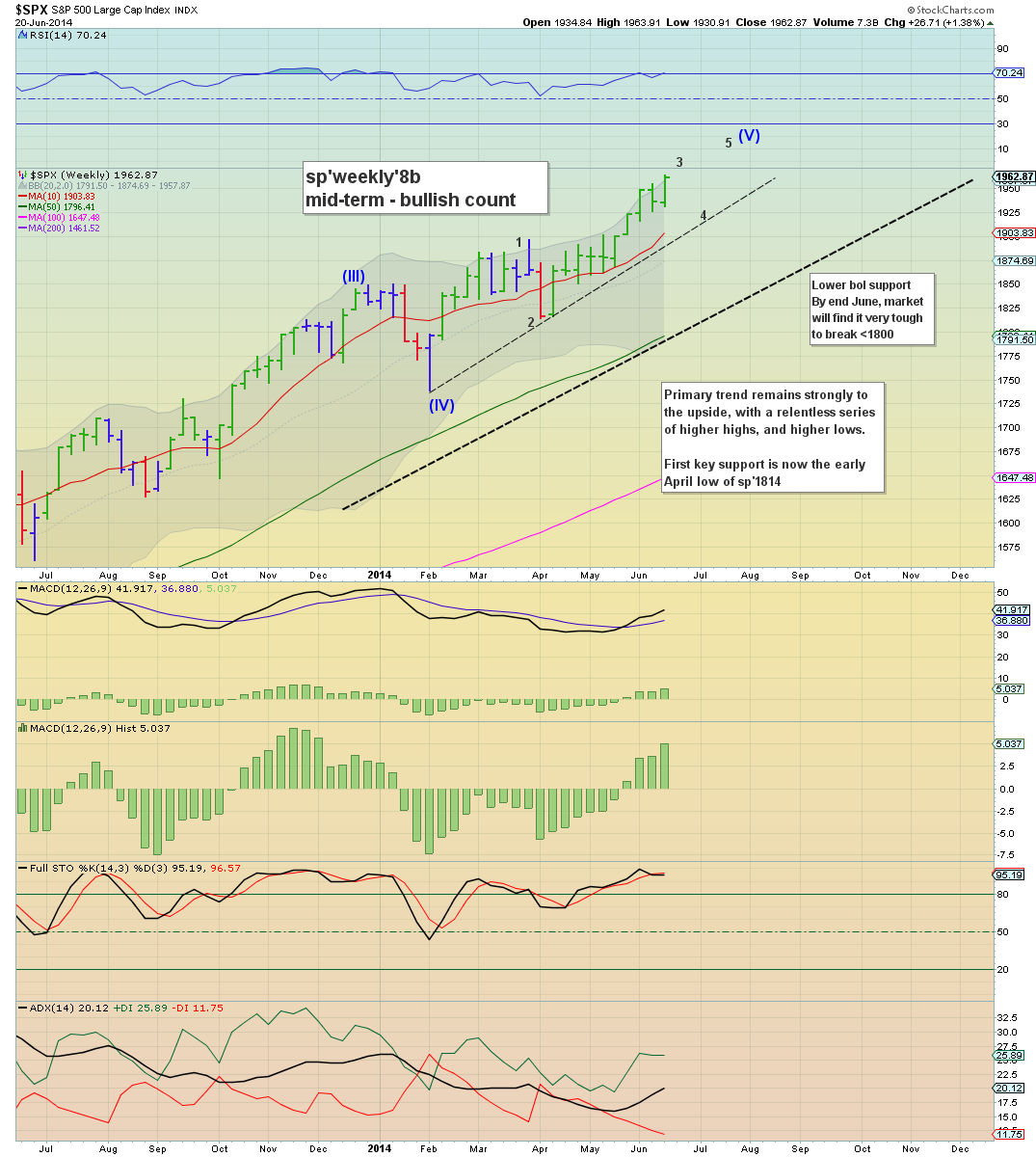 What is important is recognising that the primary trend is indeed still to the upside, and with the July'4 weekend soon... I'm resigned to further gains into mid July.

With the move into the sp'1960s, the monthly 'rainbow' charts have turned green for the first time since last December. 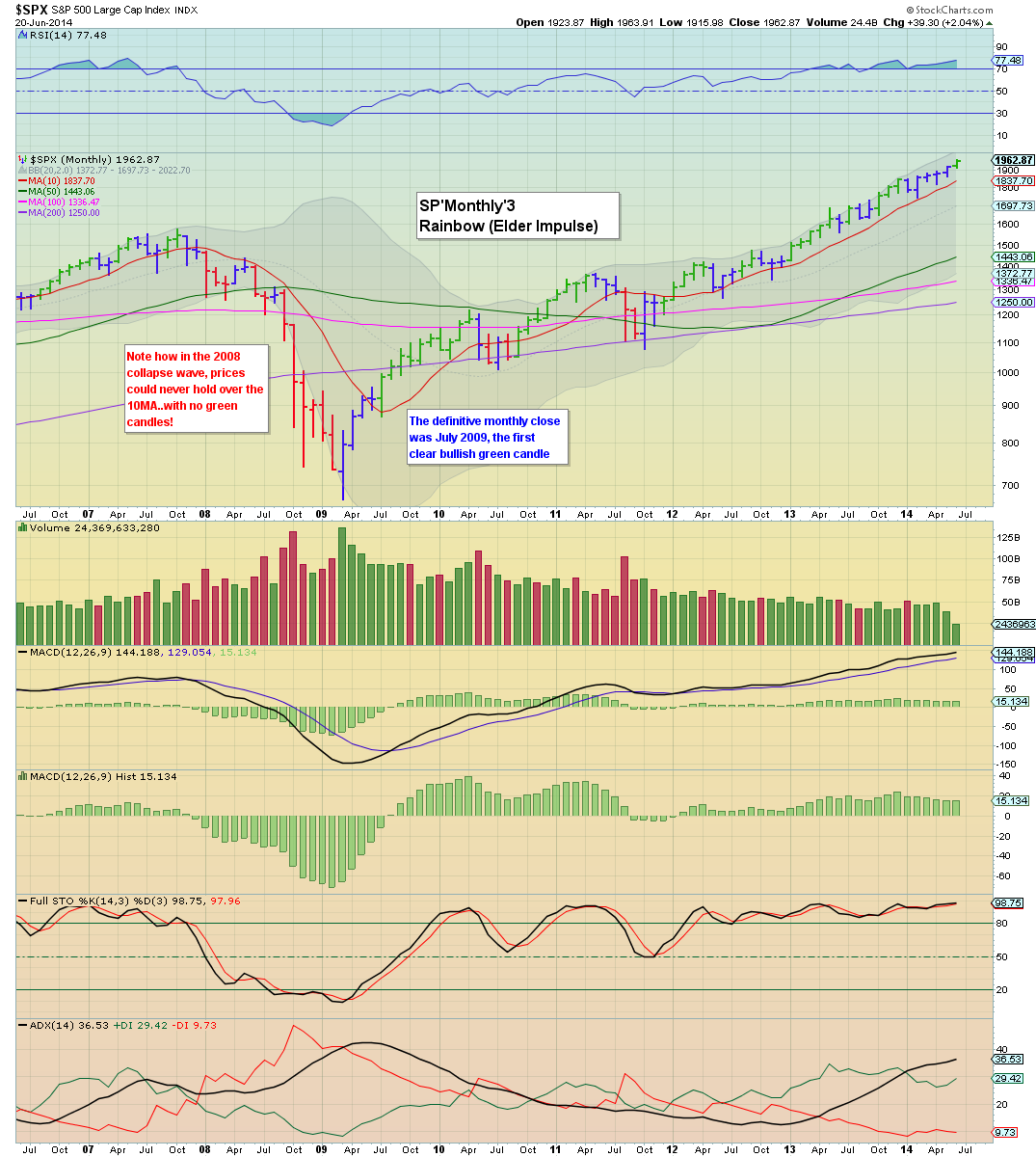 I realise some will not consider it that important, but for me, its a strong reminder of what remains powerful underlying strength.

For yours truly it was a very mixed week. I had a good exit on an index-long, but I've been battered by a continued decline in WFM. I suppose there is reasonable opportunity for that one to turn around into July, but for now, it remains a major disappointment.

For me, the week ended in the above manner, I suppose it could be worse.

-
As ever.. its never easy, and I live to fight another week.

Sincerely.. have a good weekend everyone.

*the weekend update will be on the US weekly indexes
Posted by Permabear Doomster at 04:00:00
Email ThisBlogThis!Share to TwitterShare to FacebookShare to Pinterest
Newer Post Older Post Home