US equities closed with moderate gains, after breaking new historic highs earlier in the day. The sp'500 settled +1pt @ 1951 (intra high: 1955). The two leaders - Trans/R2K, closed higher by 0.1% and 0.9% respectively. Near term outlook remains broadly bullish into the next FOMC of June'18. 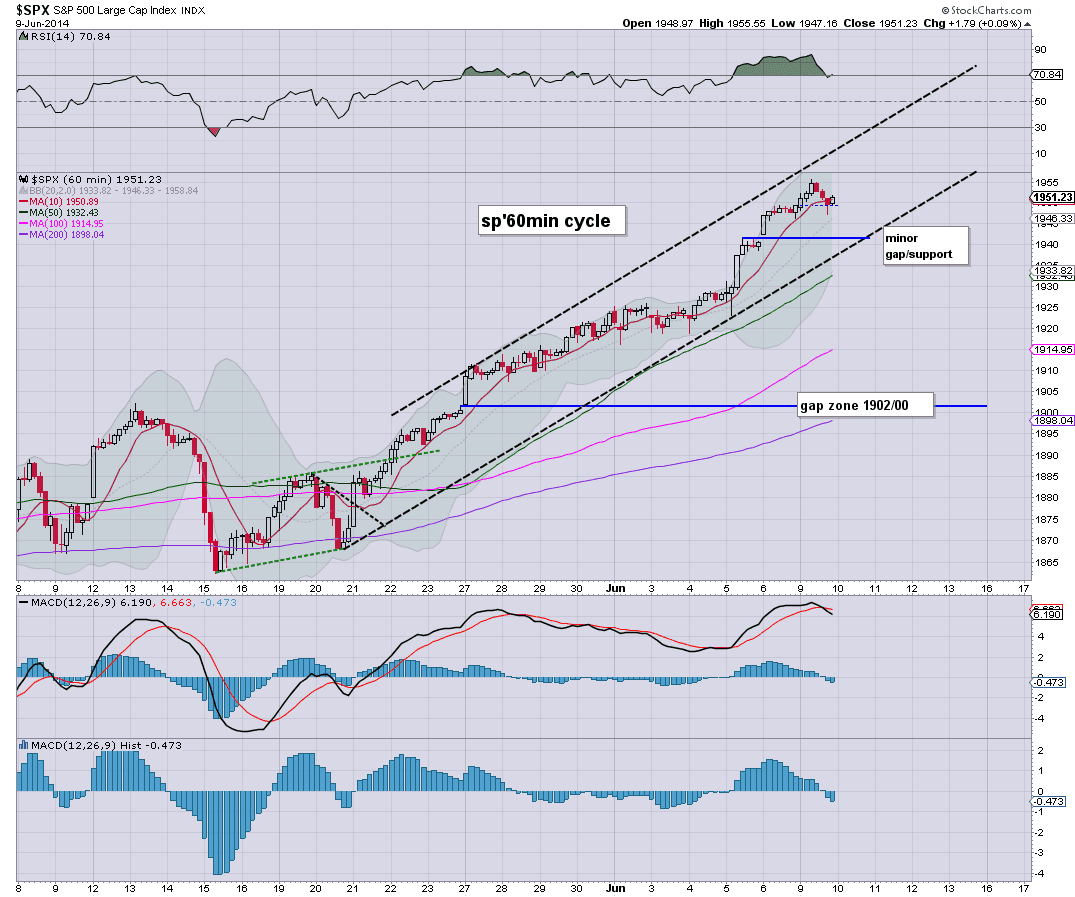 Another day of algo-bot melt to the upside. The fact we saw a micro afternoon rollover is very much inconsequential.

The broader trend remains strongly bullish, although I am dubious that sp'2000 can be hit this month - the weekly/daily charts would argue it is a somewhat out of range.
--