Despite the indexes seeing some weakness in the latter half of the day, the VIX only managed fractional gains, settling +0.2% @ 13.43. It is notable that the VIX broke into the 12s, with an intraday low of 12.92. Near term outlook is for the VIX to remain in the 14/11 zone. 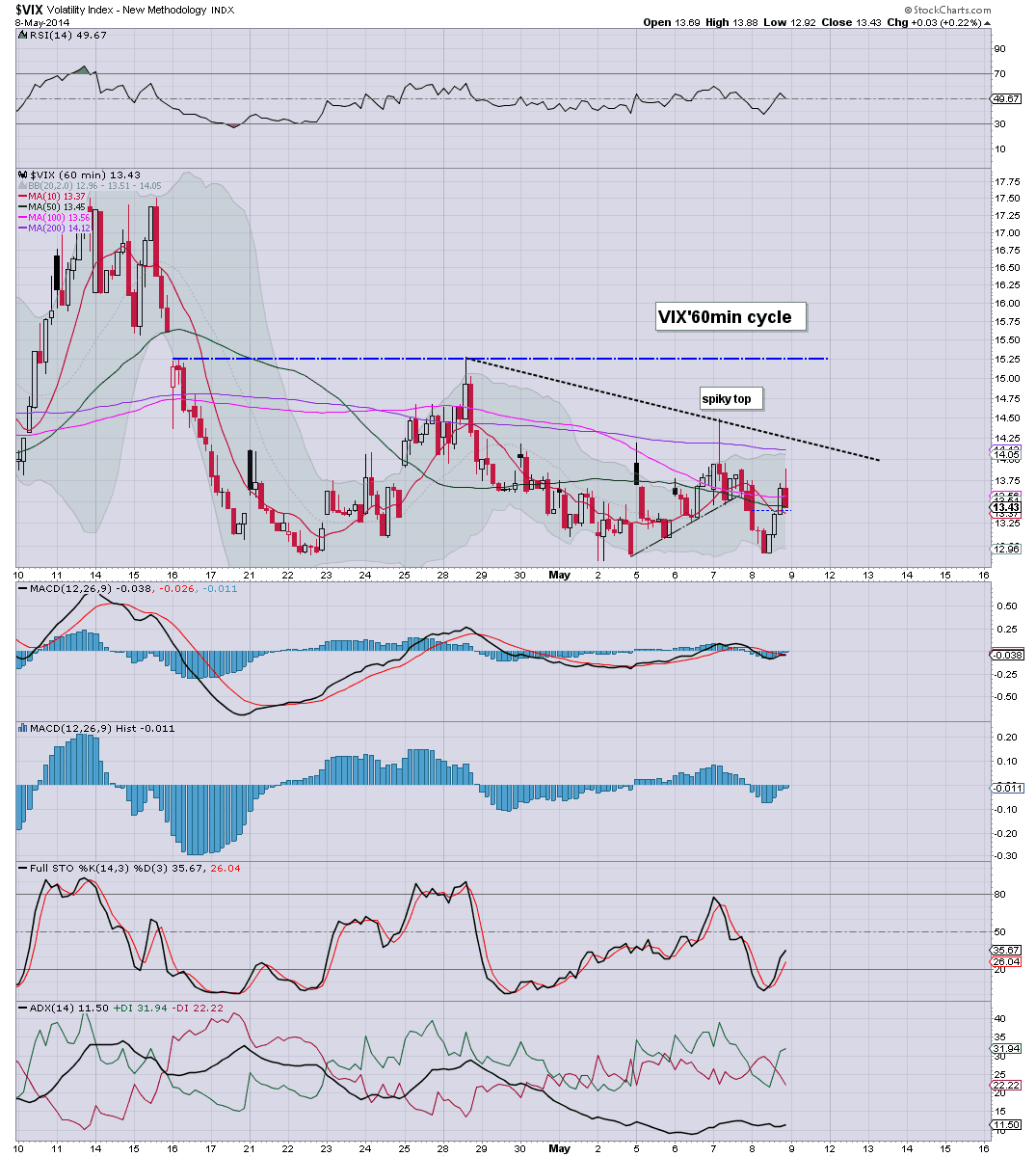 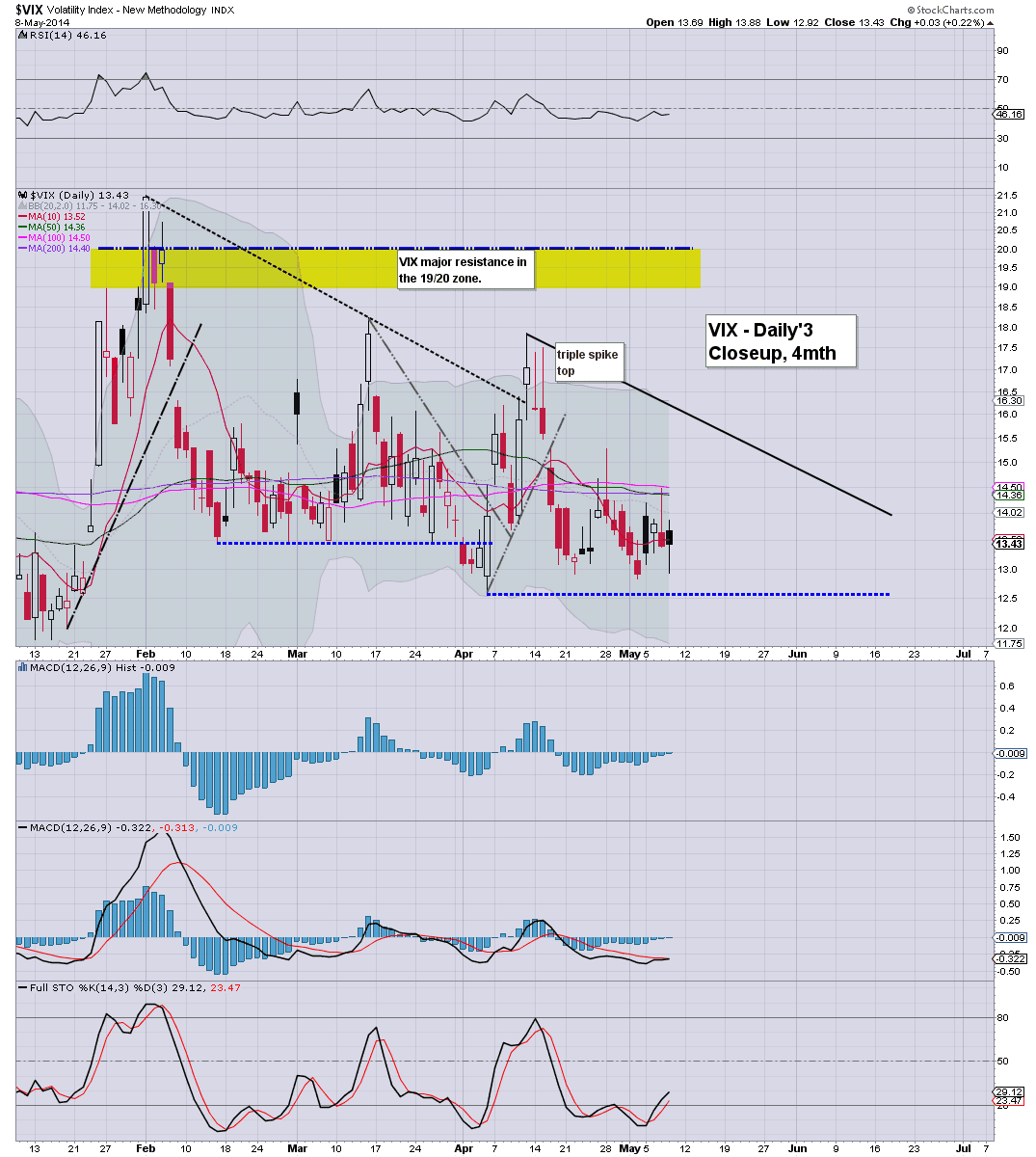 Suffice to say, even when the market does turn red..the VIX simply is still not displaying any real concern/fear.

The R2K/Nasdaq have regularly seen daily net declines of 1%, but still...the VIX remains very subdued..and is struggling just to hold the low teens.

Right now, the notion of VIX in the 20s seems fanciful, at best, the mid teens are viable on a very brief spike.
-