With a relatively quiet weekend in the Crimea, US markets started the week in a positive mood, and the VIX was duly knocked sharply lower, settling -12% @ 15.68. Near term outlook is for the VIX to slip into the 14/13s..before the next major wave begins after the FOMC of March'19. 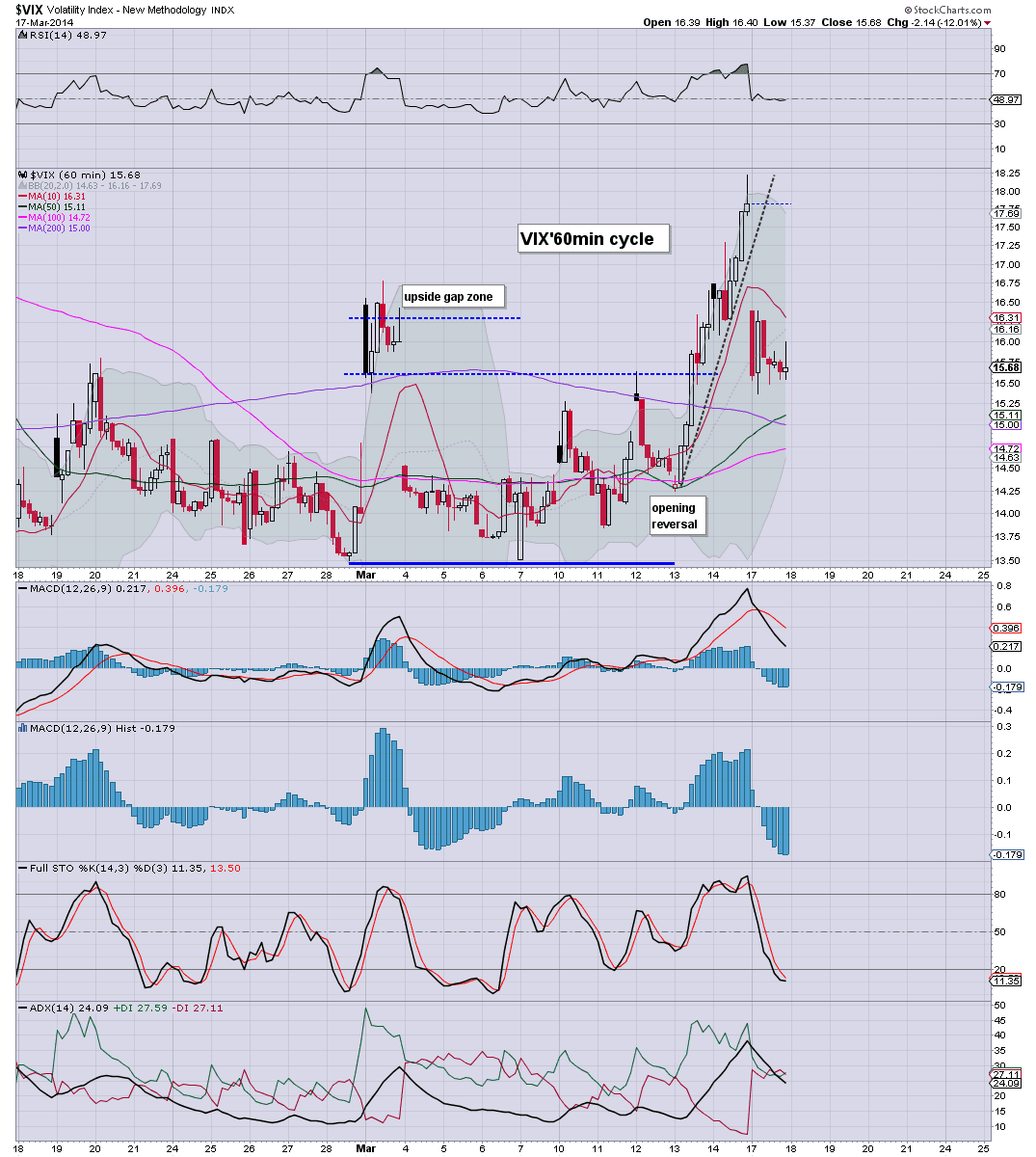 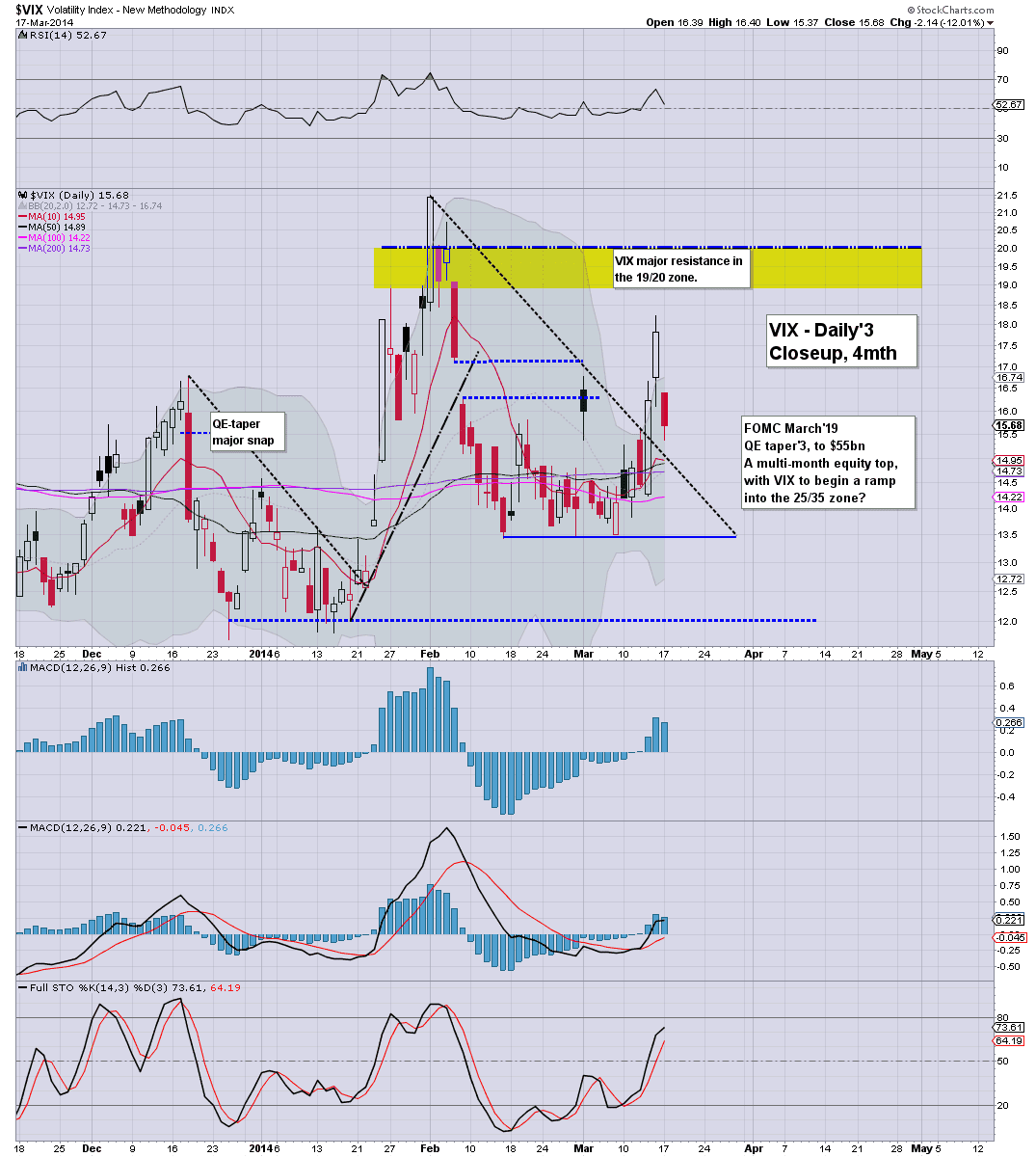 *VIX opex is at the Tuesday open
--

Suffice to say...VIX is naturally seeing some dynamic swings..as the market reacts to news..or even a lack of news! After all 'no news is good news'...yes? Well, that is the way we have started the week.

VIX 20s look viable as early as next week, but far more likely in the first half of April.