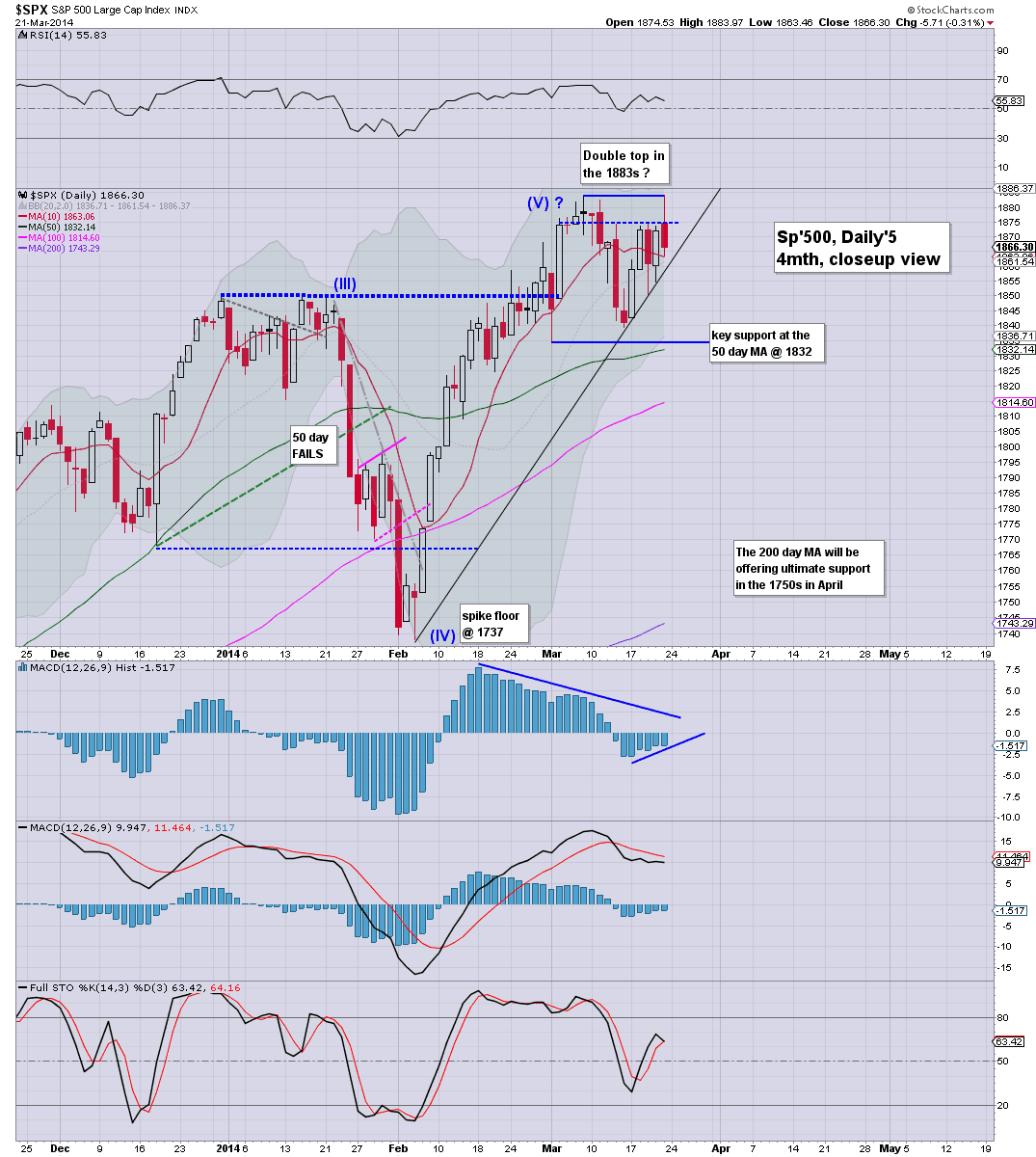 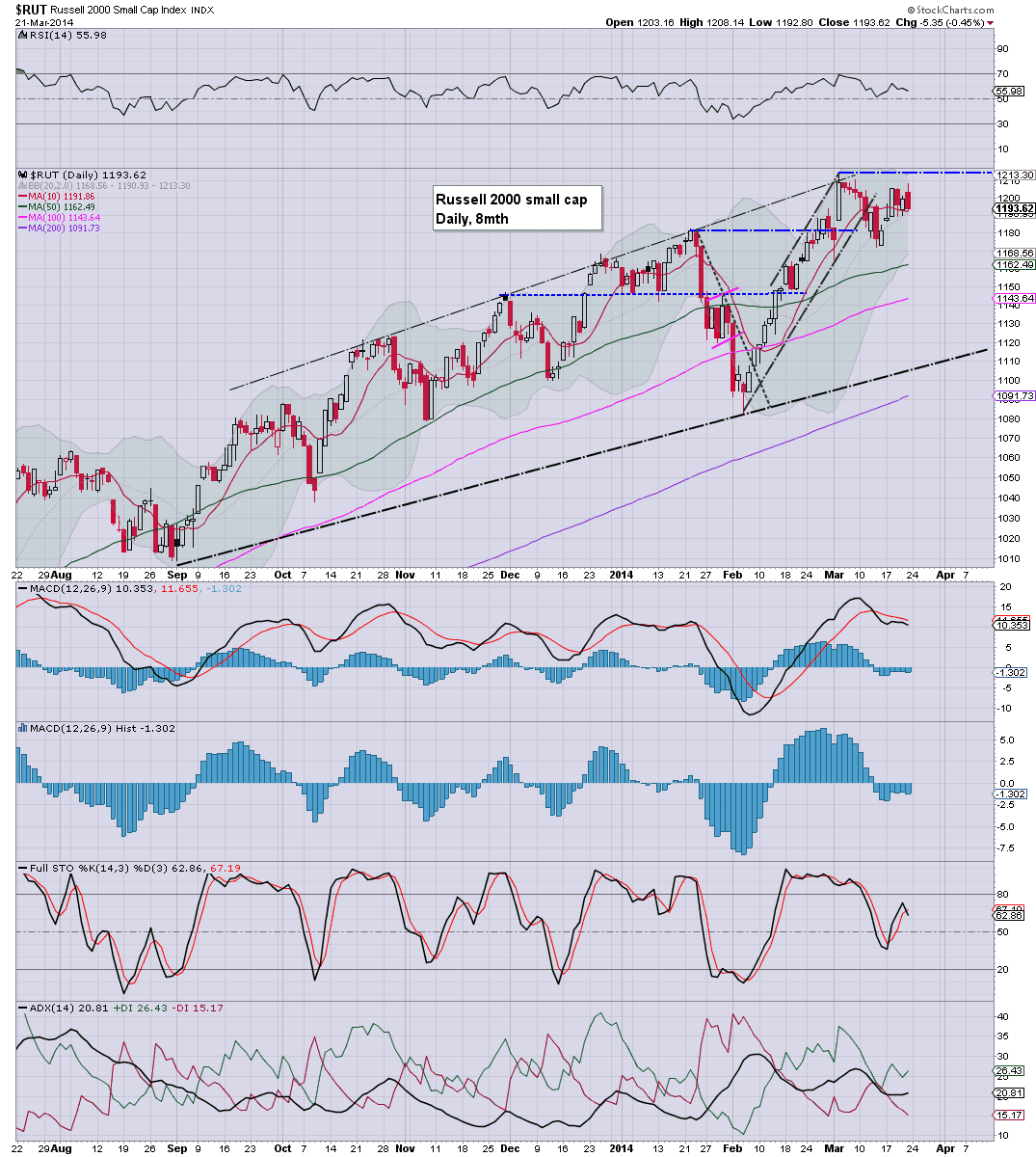 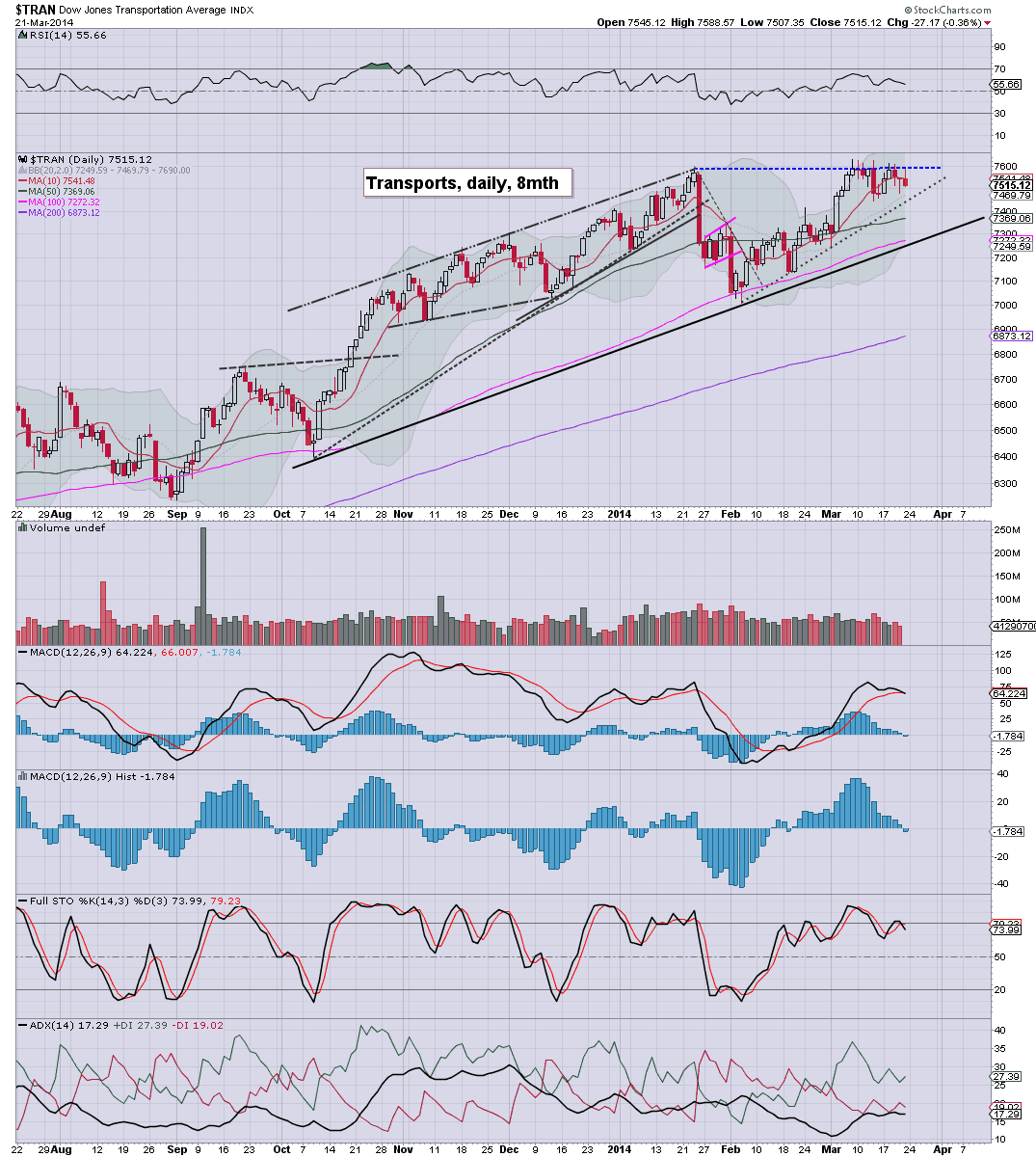 An interesting end to the week, for bulls and bears alike.

Certainly, the two leaders did not confirm the new high seen in the sp'500, and the Friday closing candles were somewhat bearish, but then it was quad-opex.

Daily MACD (blue bar histogram) cycles are looking tired, but having already cycled down to around the zero line, the indexes are still close to historic highs.

As has often been the case since late 2011, the best the bears can usually manage is to just churn the market sideways, rather than knock it significantly lower.