It's not been easy

Just another day in the US equity market, mostly sideways chop, a touch of morning weakness, only to see another latter day recovery. This remains a tough market to be part of, one that looks likely to cause some real trader upset, and increasing strain, as the year proceeds. 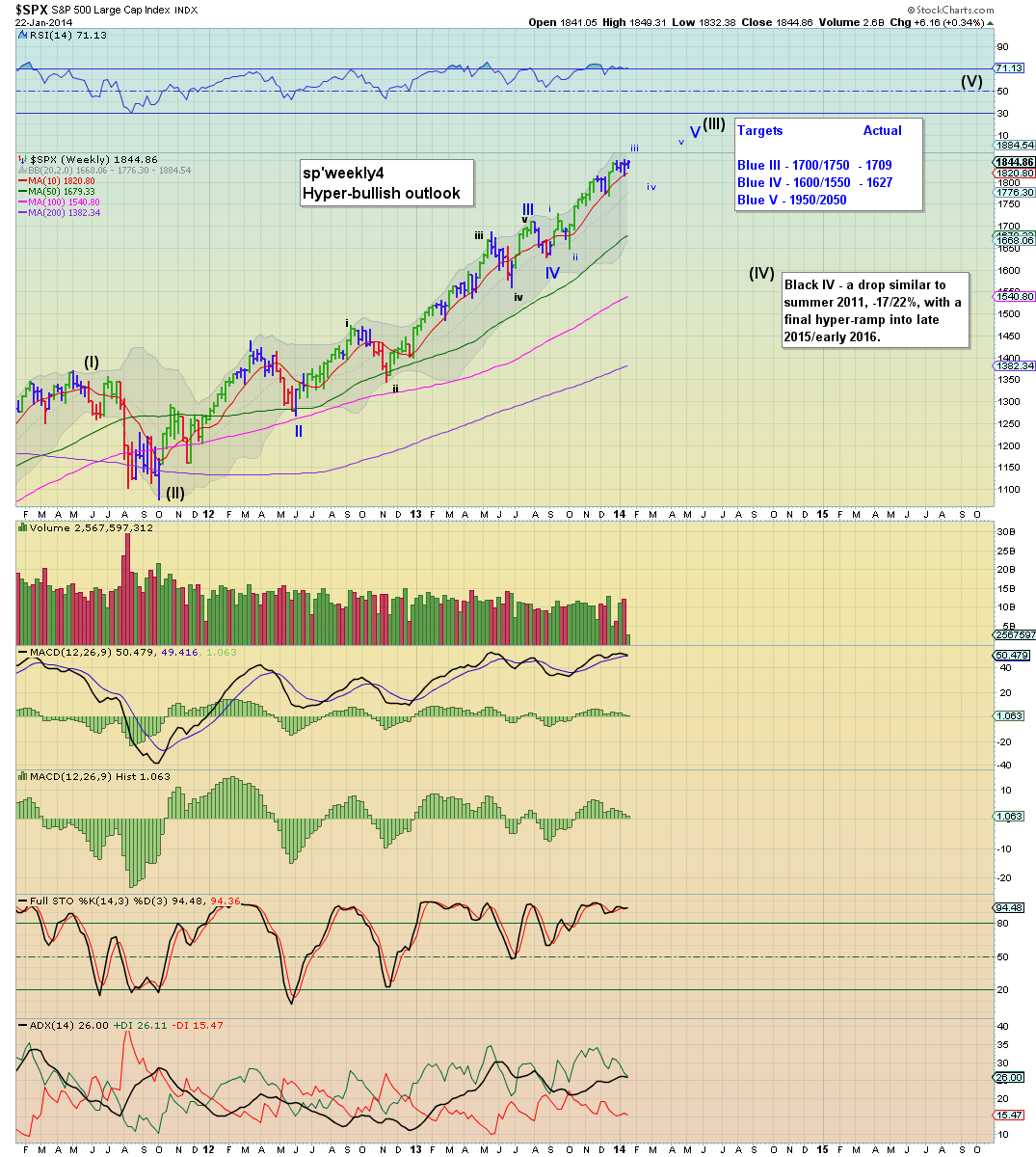 I'm tired, I'm not exactly at the burn-out stage..but...hell, its been tough.

The first few weeks of this year have already seen more traders/posters disappear, We've seen the market repeatedly tease the equity bears, tiny little pull backs - usually in the morning, only to be reversed later almost every day.

re: weekly'4. That remains my best guess for the mid-term. I am trying to keep in mind the possibility that we'll just go straight up - much like 2013, but I find it hard to believe that we won't see a 15..or 20% intermediate wave lower.

Thursday will see the only significant econ-data of the week...jobless, leading indicators, and some housing data.