Volatility drops for a second week

With equities seeing some significant follow through from the post QE-taper decision, the VIX saw a further very significant drop, declining by -9.6% across the week. VIX looks set to end 2013 in the 12/11 zone. 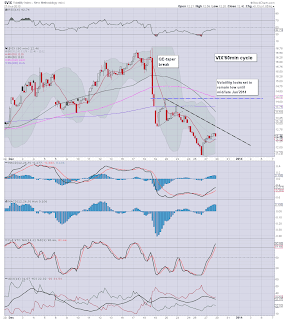 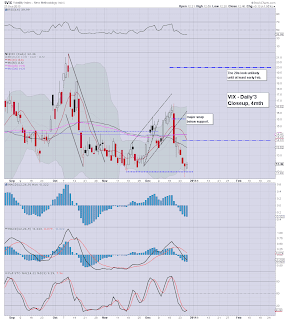 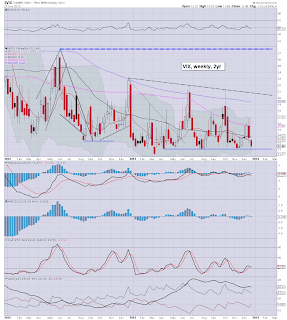 It remains an Incredibly confident market, one which has little concern of the Fed easing off the paper printing peddle.
--

The only issue is when the VIX will break back into the 20s. When the market breaks lower in mid/late January, it will be fascinating to see if Mr Market gets spooked, or whether it will be just a series of small volatility gains into the upper teens.

As it is, I have no plan to go long volatility until the late spring at the earliest.
-