A messy week in market land

Despite the continuing US shutdown and concerns about the debt ceiling, the market ended the week on a slightly positive note. Across the week, the sp' closed fractionally lower, settling -1pt at 1690. Weekly charts remain broadly bullish, in a trend that is now two years old. 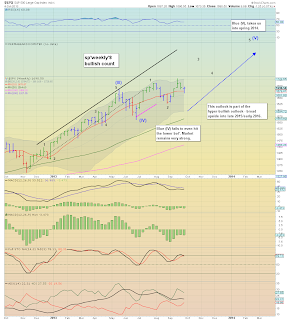 There really isn't much to say to conclude what has been a messy trading week. I think many traders have been whipsawed at least once or twice in the past few days.

The US equity market remains vulnerable to sporadic news headlines on the shutdown/debt ceiling, but what should be clear to even the more ardent doomer-bears out there...

The debt ceiling WILL be raised, whether 'in-time'..or a few days after Mr Market gets briefly upset. 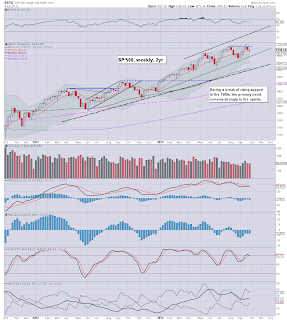