The primary trend for US equities remains unquestionably to the upside. The market has only seen one significant monthly decline since the Oct'2011 lows. However, there are initial signs that sp'1709 will be a short term high, with moderate downside into September.


Lets take our monthly look at the most important of the index cycles... 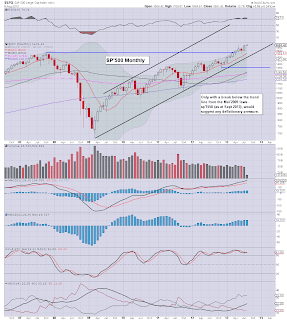 It is a truly incredible aspect to reflect upon, that of the last 23 trading months, only 5 have been to the downside..and of those, just one (May' 2012) arguably rates as significant.

The current ramp is a 'hyper-bullish' wave on any basis, and even if we do decline into September, the sp'500 could fall to the 1550s, and that would do zero damage to the broader bullish trend.

Bears need to break the rising support from the 2009 lows, which in Sept' will be in the mid 1500s. I do no expect that to be broken. 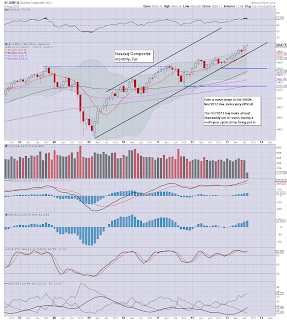 The tech' is already higher by almost 1% this month. However, we are trading outside the upper bollinger, and this market is now clearly over-stretched. First downside target is the 3400 level, that's about 6/7% lower. 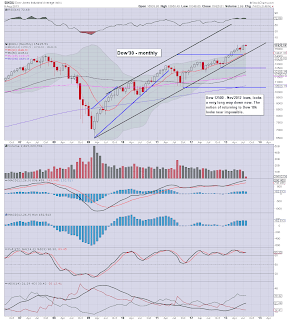 The mighty Dow is one of the weaker indexes, and is really stuck in the mid 15000s. I do not expect 16k any time soon. First downside target is the rising 10 MA, which will be in the 14500s this September. So, the bears have a possible 1000pt correction viable. 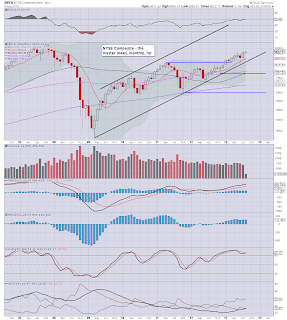 The master index is getting kinda close to the big psy' level of 10k, but I don't think its viable in the current up wave. Downside target is around 9k...that is around 7% lower. 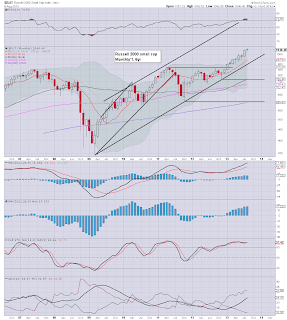 The second leading market index is still pushing upward, but with an RSI of 74, its looking overbought. Primary downside target is the rising 10MA, which will be in the 950s this September - that is about 9% lower from current levels. 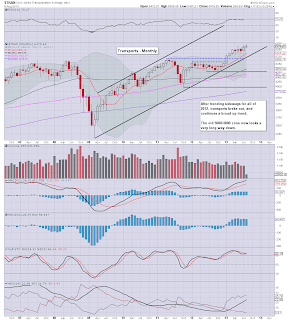 The old leader is starting to offer the first sign of a spiky top on the August candle, and I think there is a very significant chance we'll close the month moderately red, with follow through in the first half of September. Primary target is the 6000/5800 zone.

In many respects, the bulls should still be very confident about the mid/longer term. The only issue is about the short-term overbought condition. On any basis, the indexes could all fall back to their monthly 10MAs in September..before a renewed push higher into Christmas..and continuing all the way into spring 2014.

So the bulls have a very comfortable buffer zone of 6-10%, without ruining the general up trend.


Where is Mr Market headed?

The monthly trend is obviously still up, but as I've noted lately, the weekly cycle charts appear maxed out at sp'1709, with target downside to 1600/1550 by mid-September. As ever though, I'm trying to keep in mind a few of the broader scenarios...


sp'monthly'6 - four of the broad scenarios 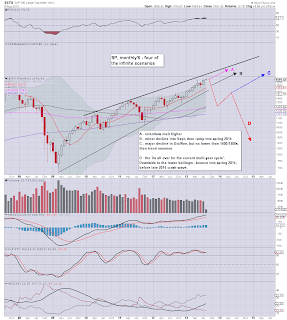 The notion that a multi-year top has been put in at sp'1709, I just don't see that, although I realise that a fair few leading people out there are calling a multi-year top in the sp'1700/50 area.

There are a fair few pieces of econ-data next week. Tuesday has retail sales, whilst Thursday has CPI - which might really affect the precious metals (to the downside, I think).

*there is significant QE next Thur/Friday. So, the bears have a 3 day window from Mon-Wed.

All things considered, bears should look for the sp'1670s Mon/Tuesday, with a moderate up cycle into the Friday opex. 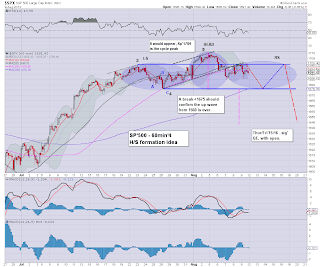 As ever, all comments are most welcome. If you like these postings, support the site! The very best thing you can do is to add me to your site/blog links list!