The market remains holding together, and the Dow is only 20pts lower. The next two hours will be critical for how the weekly charts close, and for some of the chartists out there...sp'1570s remain..important. VIX is higher, but only 2% 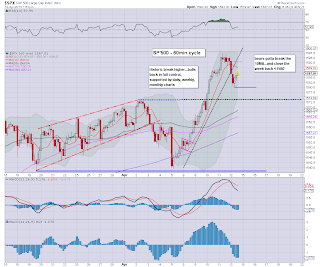 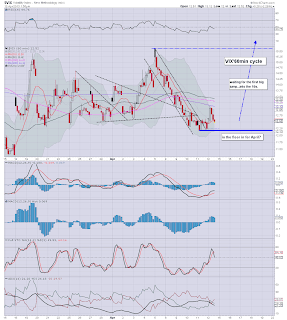 Market is just 10pts from the recent highs..and with the hourly MACD cycle as it is, its a tricky situation for the bears.

It does seem like 1597 was the high of this cycle though, and the daily MACD turns are starting to confirm it.

*USO is trying to ramp..a re-short...into the close in the low 33s would be sorely tempting, even though I was earlier looking to wait until Monday. Hmm 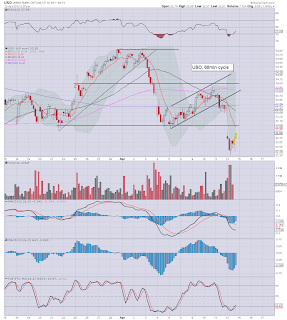 With VIX low..and equtiies seemingly maxed out at 1597...I'm reasonably confident with a re-short of this one...

VIX looks floored.
Indexes look like they could rollover into the close.
--

2.33.pm...its very subtle so far.. but it looks like I was right. Indexes starting to break, VIX ticking a touch higher..and Oil snaps lower. 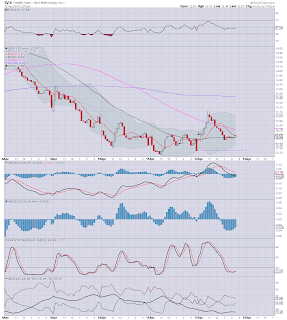