The main indexes closed mostly a little higher. The 'old leader' - Transports, was the exception, slipping  0.4% lower, but the underlying trend is still broadly higher. The immediate issue now for all indexes is whether the current up cycle is indeed a small fifth wave higher. 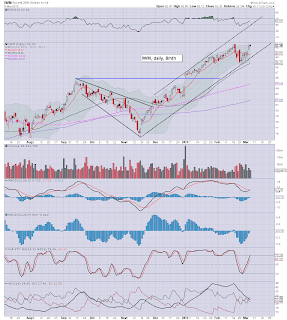 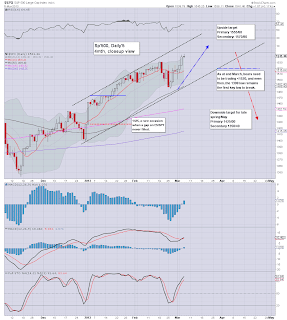 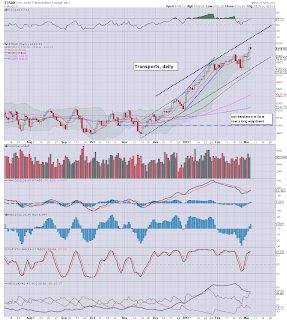 So..a bit of a choppy day, and only minor gains by the close. Hourly charts are suggestive of a bull flag, with upside to 1550/60s.

This remains the most bearish count I have in the near term. 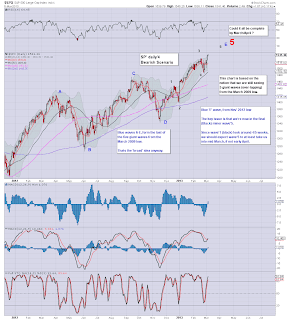 I suppose the bigger count (red) could easily be wrong. Yet, the small count does look rather good.

On any basis, we're probably in a fifth 'minor' wave higher - as part of a bigger wave that began last November @ sp'1343.


What is clear, a break of that channel..offers downside to a reasonable target of 1425/00.

I believe its something to seriously consider, not least once we are trading in the 1550/60s across the next 3-5 days.