With the indexes showing a little weakness, even if we slip all the way into the close, and even open lower tomorrow, its not going to be enough to decisively break the up trend. Even sp'1420 is not good enough, as a number of the daily charts clearly support. 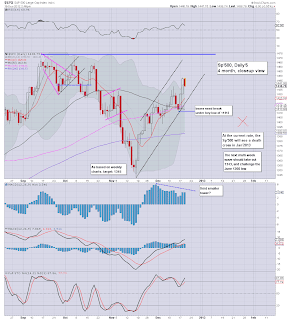 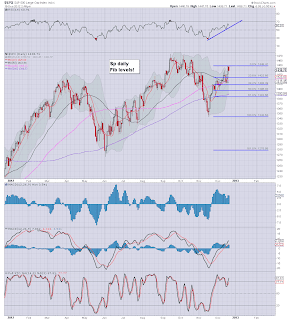 I think the fib' chart is especially interesting, as it highlights that even a retracement to the low 1420s is just nothing in the scheme of things.

VIX is back in the low 17s, but as noted, this is more about contracts rolling over into the next month than anything else. 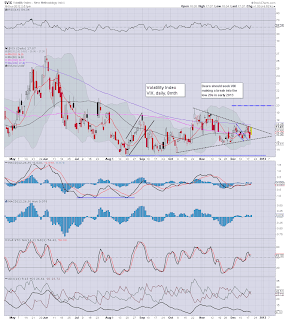 So, for me, it remains the case that until sp<1413, I just can't take any of this seriously.

UPDATE 3.20pm A eenewed little wave of weakness across the indexes - although Trans and R2K are still higher. A close in the low sp'1430s very viable, not that it counts for much. 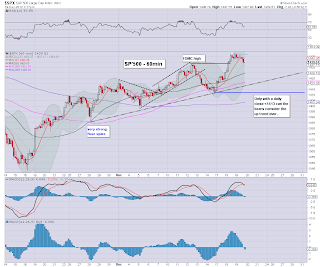