Late Sunday update - US Markets will be closed Monday due to the east coast storm Sandy. It seems highly probable the market will also be closed on Tuesday, and only slightly less so on Wednesday. 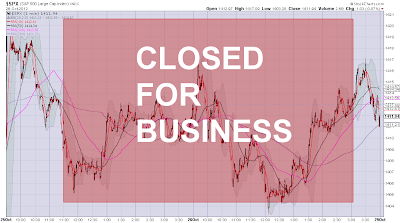 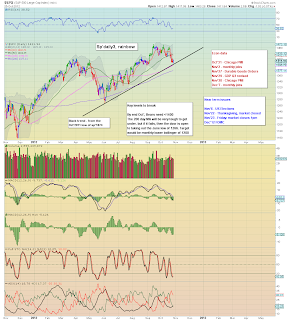 So....we are shut Monday, and I'm guessing its a near guarentee...Tuesday also.

If Sandy is a major 'water problem' - not least for the NYC subway network, then we could be looking at everything shut ALL WEEK. Its notable that the NYSE was shut for just four days after the 9/11 event.

We have some big econ-data later this week, not least the big jobs data, but could see some of this delayed into the following week?
--

A serious question to end the weekend...is Sandy a black swan, or just over-hyped media hysteria?

What IS clear, is that there won't be any flashing green/red boxes on my screen this Monday.