Good morning. The daily cycle continues to slowly rollover. Certainly, its nothing dramatic, and we could even chop around sideways for a few more days. 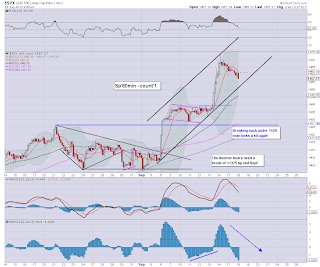 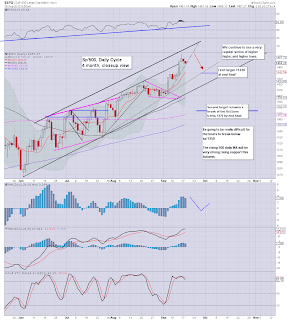 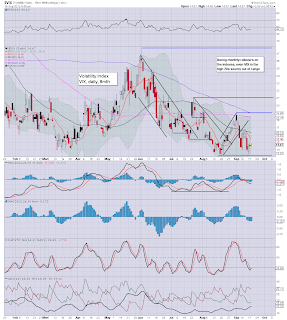 It certainly appears that 1474 was the peak of the most recent up cycle, so the only issue now is how far do we drop.

The bears desperately need a break under 1397, and I just can't see that as viable in this cycle.

The best thing the bears can hope for right now is that we put in a lower high later next week/early October.
--

VIX remains flat, but the daily cycle looks like its floored, the current outlook would be for a sharper decline in the indexes next Monday/Tuesday - assuming a new VIX up cycle is now underway.