A mixed day for the indexes - even though it felt like we closed broadly flat. 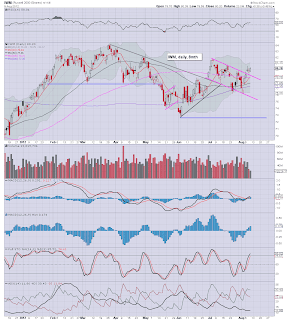 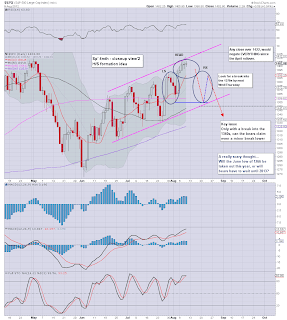 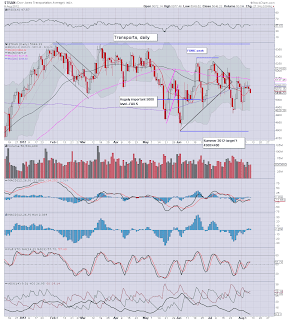 The Rus'2000 index had some moderate gains today. However, the R2K is still below the early July highs, and it is indeed the case that the Rus'2000 small cap index acts really weird a lot of the time. It ramped hyper-fast after the June low, but saw a major pullback..whilst the other indexes have now caught up.

The Sp' remains in a broad uptrend too. The attached chart highlights a new idea, but only have low confidence in at present. We saw a similar H/S formation a few weeks ago, only for Mr Draghi to open his mouth that Thursday morning and ruin it!

The old leader - the Tranny, had a pretty poor day, and lost 0.5%. Again, it has to be asked, is the old leader warning of underlying systemic problems?

Bulls have to answer the question, how can you have an economic recovery if the transportation sector - the very foundation stone of the modern economy, is not recovering?