Another quiet day, at what remains the worlds most rigged and twisted legal casino.

We appear to be setting up tomorrow with some bullish pennants, a move to a new high of 1410/15 seems viable. 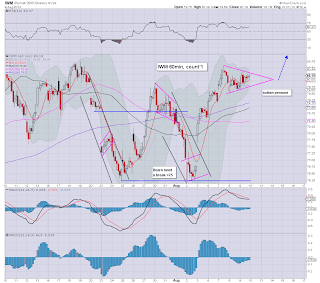 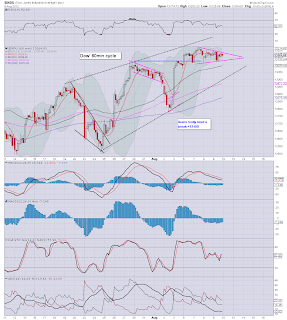 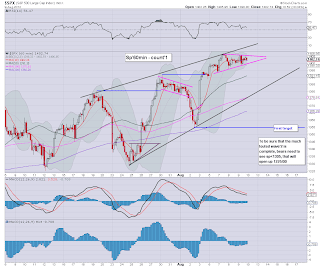 Another relatively flat day. I suppose it could be said we're forming a nice flat top - or even the head of a H/S formation (see daily charts earlier), and that we'll rollover in the next few days  - at least to the low 1370s.

Regardless, no declines can be taken seriously until we break into the 1340s. Until then....it remains a series of higher highs..and higher lows.