VIX - marginally lower on the week

Despite the indexes closing around the FOMC peaks of June'19/20, the VIX only declined around 6% this week.

Volatility is now back in the mid teens, Mr Market would have us believe that 'everything is alright again'. For those who have been following the econ-data lately (not just in the USA), a VIX of 17 is simply bizarrely low. 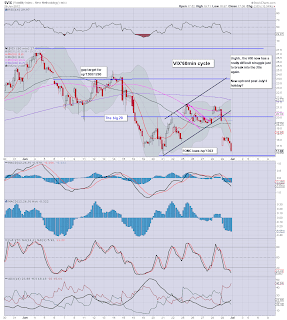 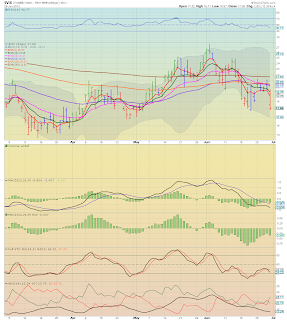 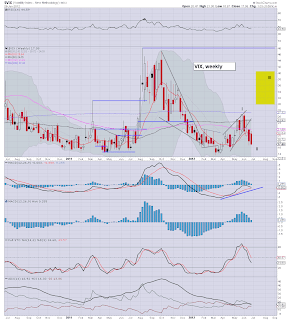 Eventually, VIX will explode into the 30s, 40s, but my original outlook that this will occur sometime in July is now seriously in doubt after the indexes closed the week so strongly.

Things will be a lot clearer by next Friday when the next major jobs data is released. If the market deems such numbers as even 'reasonable', then hopes of a July (or even August) VIX surge can be written off.

Arguably, the bears will need to see sp'1310s..with a VIX of 22/24 to know that the 'nonsense' is over..and that much higher levels are possible. Until then, its probably best for most bears to just sit it out, and see how high the algo-bots want to drive the indexes during the holiday week.