A holding-pattern day. 1440 still due

We are just circling around like a C5 Galaxy, nothing much happened today. I expect more dynamic action back upward in the latter part of Wednesday or more likely Thursday. 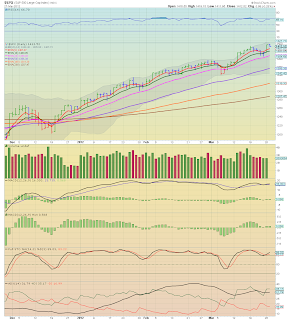 Tuesday was nothing less than minor noise. How many bears were getting overly hysterical during today's closing hour? The trend is still up! 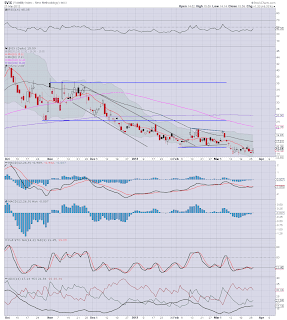 VIX did show a moderately interesting move, but whilst it remains at such a low level, its likely to see occasional moves of 10, even 20%, and such moves will not be valid as significant. Only if VIX can get over 20, can the bears start to get a little curious about things. 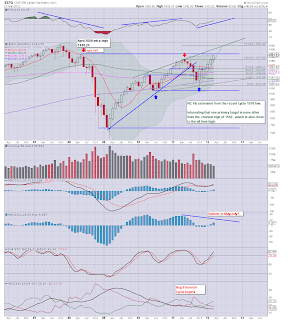 Holding to all original targets, Sp'1435/45 within the very near term...probably only days away. If a couple of days securely closing over 1440, then 1550 by late June/July.