Boring day, with a few minor issues worthy of note... 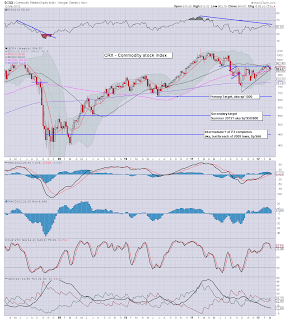 I've already highlighted the CRX a few times since I started posting just 3 weeks ago. I remain surprised just how weak this index is, considering the underlying inflationary issues out there.

CRX is likely forming either a baby bull flag..and will break upward in the next few weeks, or we are about to see a significant snap lower. If its the latter of course, that would make things kinda exciting in bear land. For the moment though, we're just drifting along. The underlying upward momentum that we've seen since last October is weakening though. 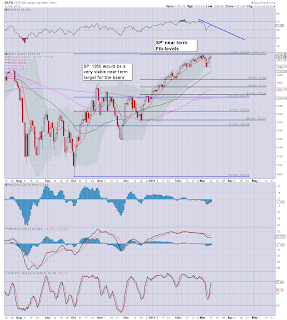 Just like the CRX, the SP' is at important moment, either we are going to start putting in new highs - in which case 1400+ would occur real soon, or we'll break the 1340 low from last week. Right now, even 1300 seems a difficult target to hit. 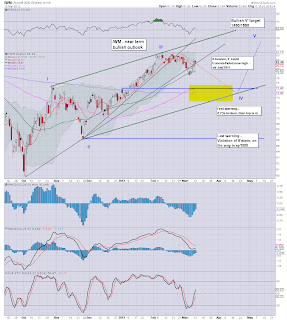 Even if we can somehow move as low at 76, that looks to be about it. As stated over a week ago, only IWM below 73 would be supportive of a larger bearish outlook. 72 just looks too far away to attain. We have April Q1 earnings season fast approaching, and before traders realise it, if the numbers are coming in the least bit 'reasonable', then this market will likely keep melting up on ZERO buyers.

I get the feeling all of this recent nonsense is just part of a minor wave'4 - something that many others out there were also suggesting. If that's the case, IWM - 'best bear case' will hit maybe 77/75 within a week or two, and then up we go into late April/May.

For the moment, I remain short via IWM, looking for an exit at equivalent of Sp'1325 or so within 3-7 trading days.