Today was important. Benny kinda upset the markets a bit (always a nice start to any trading day), and the second LTRO was completed early in the morning in Europe. Its good to have the LTRO nonsense out of the way now. It has been a looming problem for the bears since the original one last December.

I'll focus on IWM (its the main index ETF I trade), it has been the second leading index (transports remain first) - as it was in summer 2011. The two broad scenarios are what matter. I suppose I could have many others, but broadly, these two cover the main two near term outcomes. 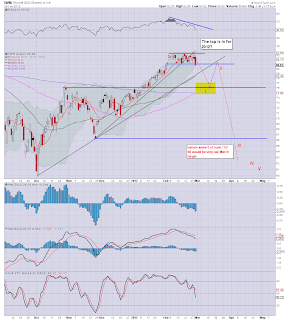 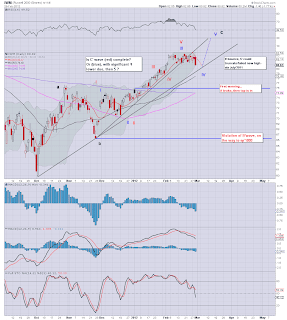 Okay, now this is a crazy chart, but hey, lets consider what the mainstream are STILL ignoring. Both the transports, IWM, and the very broad NYSE did not breach the May 2011 highs. Further, the CRX was nowhere near making new highs. I don't care that the easily manipulated and limited dow'30 made new highs. I guess you could then say 'ohh, but what about the nasdaq?' Well, that is almost equally as messed up due to AAPL - whose gains contribute 30% of the total gains since the Oct'2011 low. 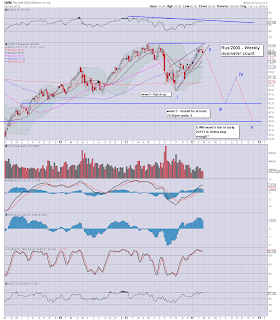 The doomers need to see IWM in the 74s, and lower to confirm the wedge, and open up sub' Oct'2011 lows. It remains easily possible IWM will merely pull back to the 10MA of 78/79..and then bounce, or a slightly bigger move to 76/75. Regardless... 74s are a 'must-have' for the doomster outlook to have any credence.


Bears need to see the CRX break out of the wedge, below 900. A move under 700 would confirm the super bearish wedge, and would open the opportunity to a second half 2012' market massacre. 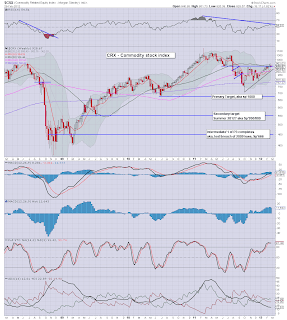 VIX – the detonator clock is ticking

No real movement in the VIX today, but we did get a nice green candle on the rainbow (Elder impulse) chart. Should see 21 within 1-3 trading days, with a test of the recent 22 high. If 22 is broken, that opens up 24/26. The time to be adding to VIX calls is....now! 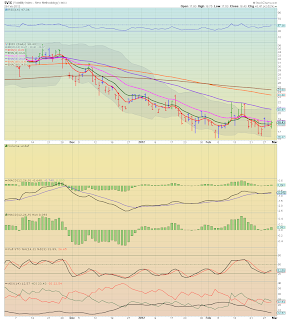 The weekly VIX chart is clear, the 10MA of 19.32 is the first level to hold over, whilst 24 is a pretty important level. Look at the MACD cycle, we are still 2-3 weeks away from positive cycle. That will be the best opportunity for an explosive move back into the 30s. 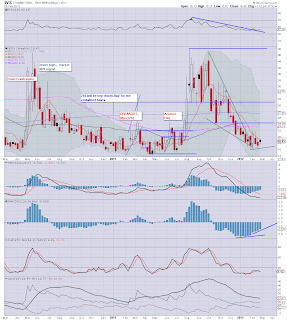 So, the bears now have the opportunity to break lower, and at least test the first key levels – which equate to around sp'1320/1300. The 15 and 60 minute cycles are pretty low, so its entirely possible we'll have some kind of Thursday morning minor bounce. However, the bears will want to see a Thursday close in the red. Preferably, a good 12/15pts off the SP', with VIX +7/10%.

*Benny will speak at a Senate hearing tomorrow, so yet more opportunity for him to upset the capital markets with lack of  future 'QE' talk.