US equities closed significantly higher for the second consecutive day, sp +30pts @ 1895. The two leaders - Trans/R2K, settled higher by 2.3% and 2.4% respectively. Near term outlook offers threat of a minor retrace to 1871/64, but in any case.. the 1920/30s are highly probable before next opportunity of another major rollover. 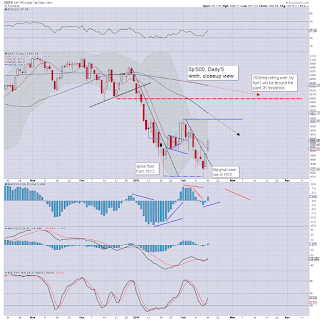 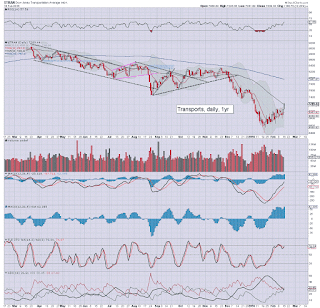 *price structure in the Transports is a large bear flag, but the close above the 50dma is somewhat bullish.

The fact other indexes put in marginally lower lows last week, its somewhat a messy picture.
--