US equities open significantly higher, and are already in the gap zone around sp'2050. There is very strong resistance here, and a touch of weakness ahead of the FOMC Wed' 2pm announcement is probable. What is increasingly clear, 1993 is likely a key low for the remainder of the year. 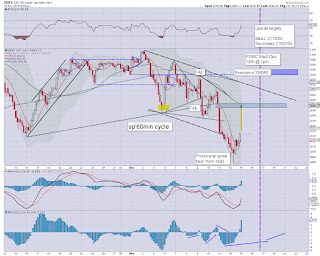 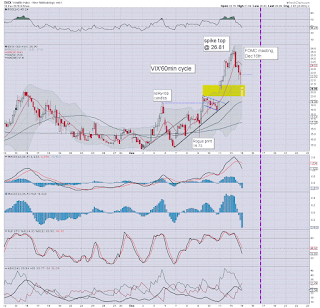 *note the VIX, filling the price gap.... with equities mirroring.
--

So.. opening gains.. much stronger than expected... and we're clearly seeing a fair few of the bears spooked.

I can understand if some want to short here.. with a downside target of 1950... but I can't see that as likely.

Right now.. the Fed look set to raise rates.. but probably by just a tenth (10bps) and that will give the market the excuse to rally into early 2016.

*ultimate issue remains.... the equity bulls MUST break new highs in the next multi-week up cycle. 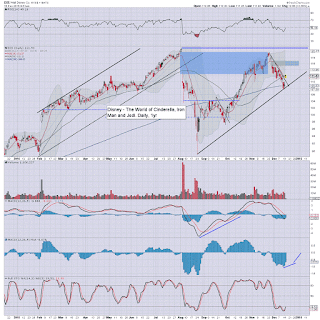 A second net daily gain looks due... just a matter of days before 115/117... as the Star Wars hysteria goes into hyperspace.
-