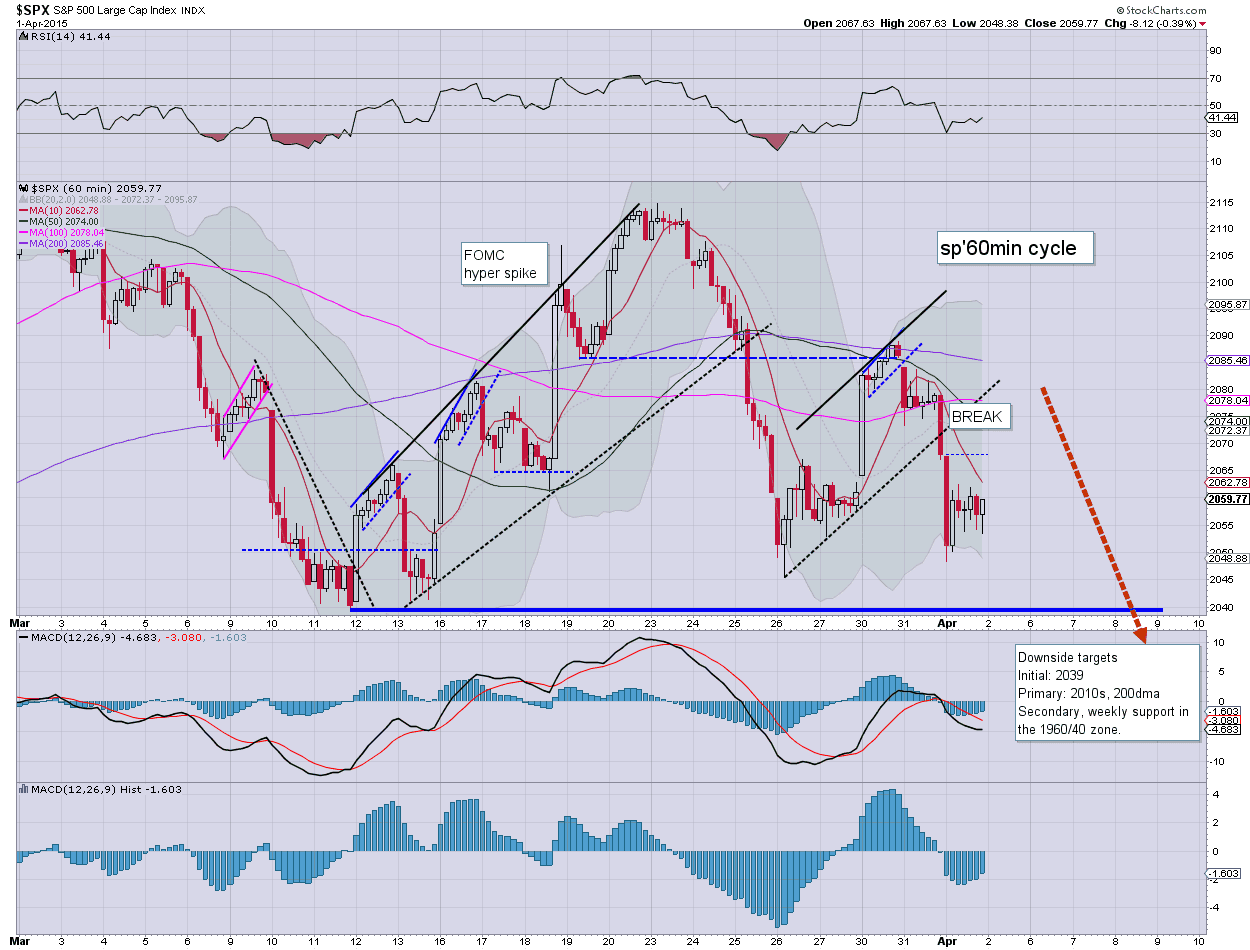 A second day for the equity bears.. and the 'Monday nonsense' has been fully negated.

Frankly.. its looking rather good for a test of the 200dma next week. Things really only get interesting on a break of that though. If so.. then target will be the 1960/40 zone.