US indexes are holding minor gains, a weekly close in the sp'1920/25 zone still looks viable.. along with VIX 15s. Meanwhile, Transports is holding the broader up channel that stretches all the way back to late 2012. 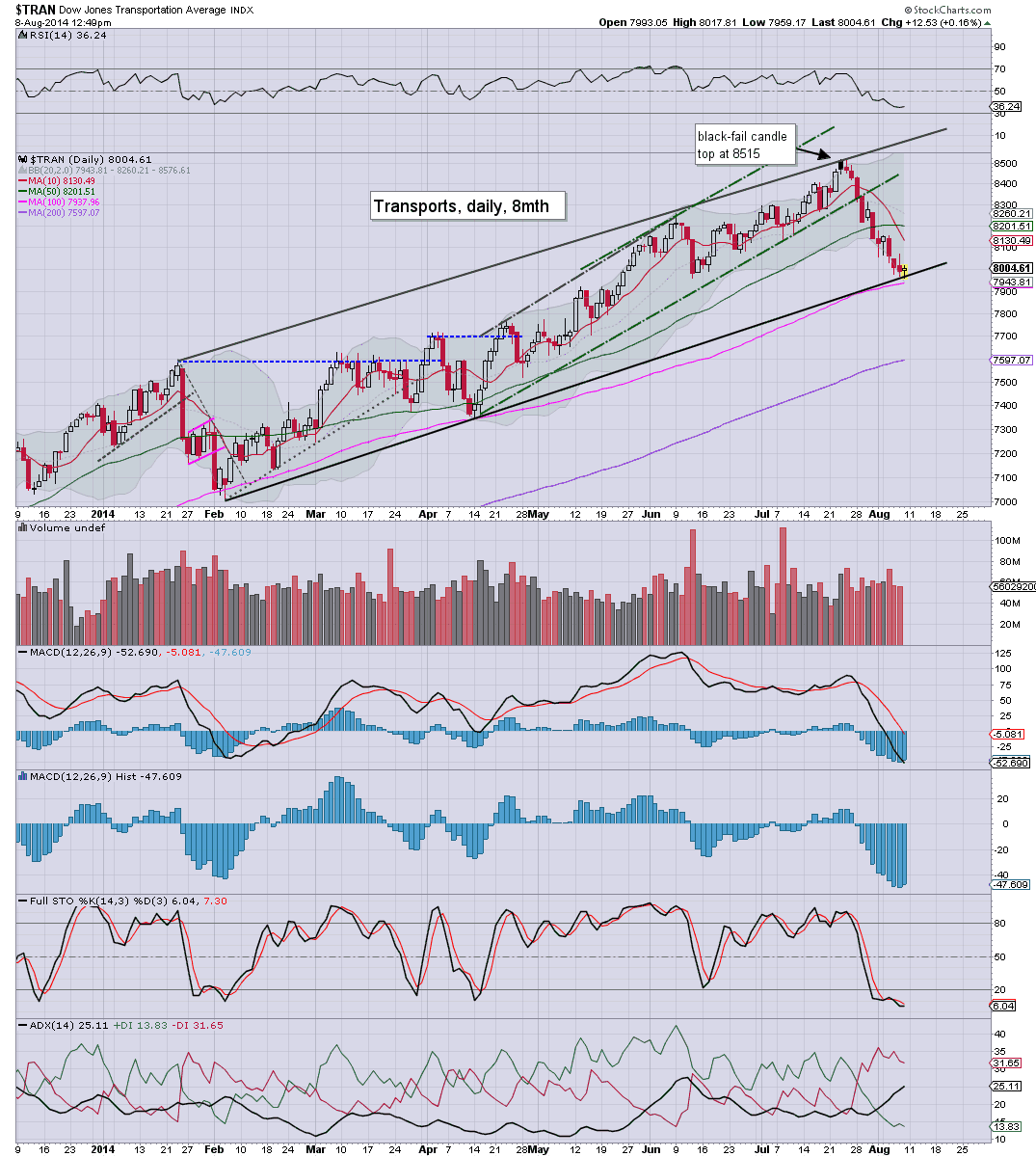 3 hours left of what has been a somewhat eventful week....

We're arguably at a key cycle floor, but the real issue is...how high we will go in the next up wave?