US equities broke the two day run of declines, and saw moderate gains, sp +9pts @ 1972. The broader trend remains to the upside on all indexes, with a VIX that continues to reflect a market that has no concern of anything. 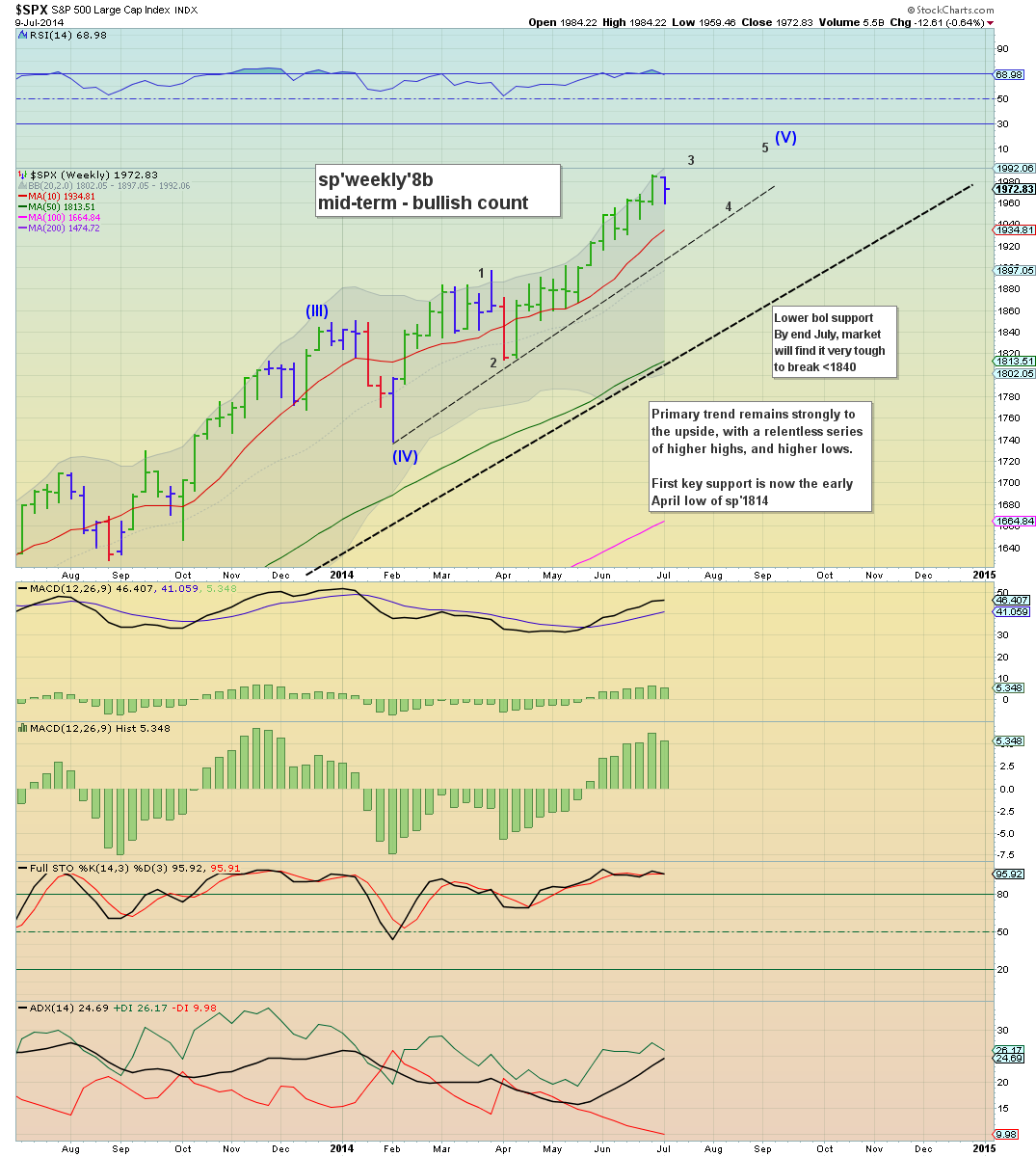 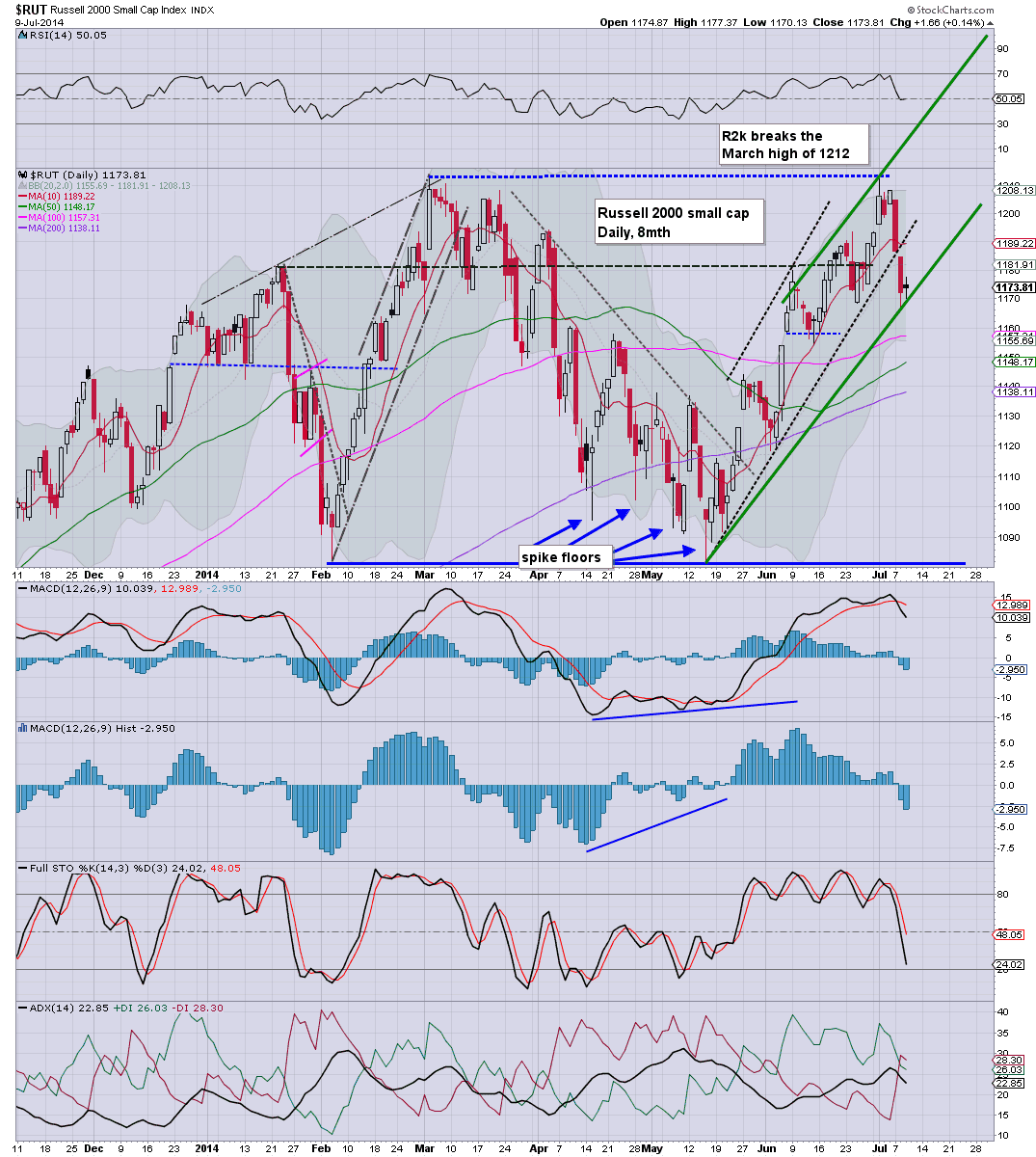 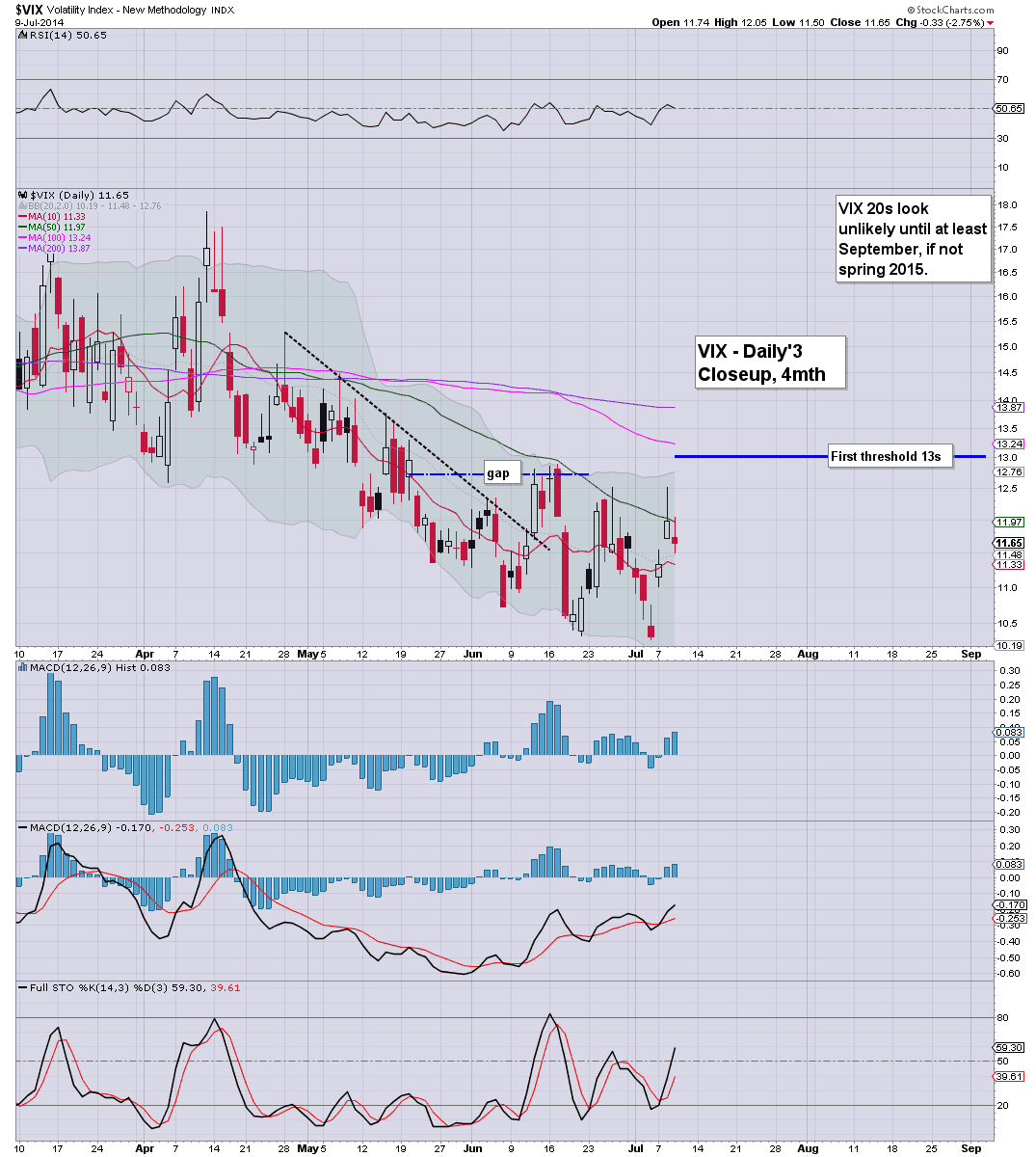 So..a day of minor chop, with the usual underlying upside.

It would seem highly probable that the market just wanted to wash out a few of the weaker bulls ahead of next weeks opex, which the market would typically rally into.

Price structure on the hourly cycle (see earlier earlier post) is a bear flag, but considering the bigger daily/weekly cycles, bulls will surely resume the up trend.

Thursday will see weekly jobless claims and wholesale trade data. Frankly, neither of those are particularly seen as important these days.. and Mr Market will have a fair chance of just trundling higher as the bears start to close out ahead of the weekend.

*next sig' QE is not until next Thursday.
-


Weakness into end July.. or more upside to smite the bears?

I read around of course, and again today, I was seeing more chatter of weakness into end July, to the low sp'1900s. I suppose in theory it is possible, but price action does not support any such outlook.

Sure, we have a blue candle on the weekly 'rainbow' chart right now, but hey, look back to Nov/Dec 2013. That didn't work out so well for the bears did it?

Right now, I'm resigned to seeing the sp'2100s, and based on the current rate of increase, that will take (at least) until next February to occur.

There is a VERY small possibility that the market will ramp to the 2100s by late August/early Sept... which would offer a crash scenario (as Dr Doom, aka, Marc Faber is seeking) in the notorious month of October. First things first though.... lets see if we can claw into the 2000s next week.