US equities closed somewhat mixed, sp +3pts @ 1987. However, most notable, another set of new historic highs for the sp'500 & Trans. The two leaders - Trans/R2K, both settled higher by around 0.2%. Near term outlook is bullish into next FOMC (July'30). 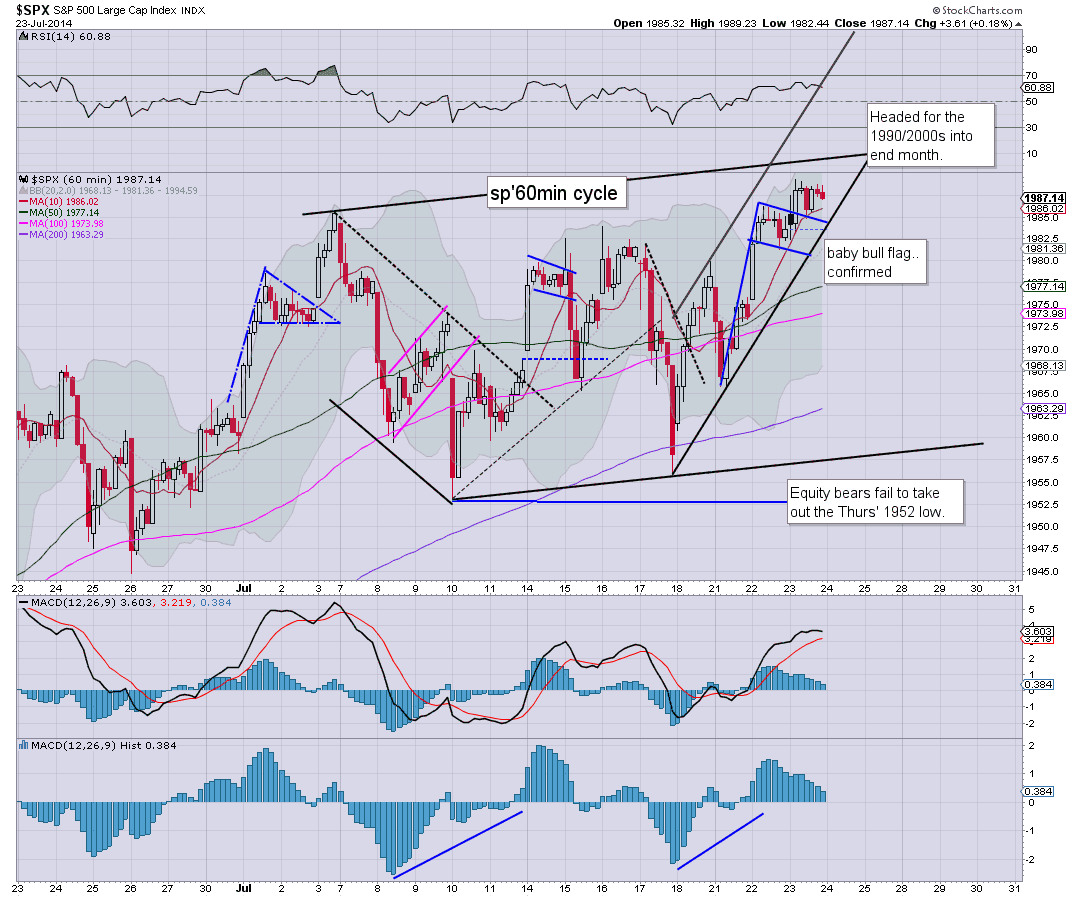 ...and another day come to a close.

Certainly, this is no market to be shorting.. and is one to be long..although I realise the notion of going long into the sp'2000s seems pricey.