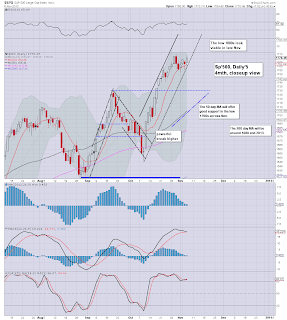 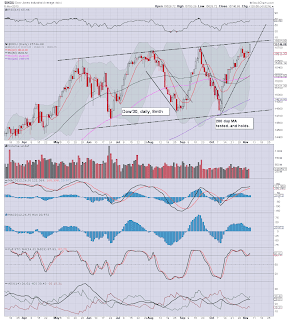 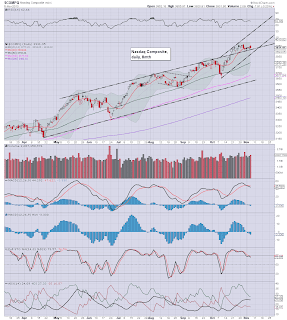 It was a bit of a mess today in market land. Many - not least the cheer leaders on clown finance TV, were bemused to see the Dow +100pts, whilst the Nasdaq was red.

However, the Dow has been lagging for many months, and this is arguably just a case of 'playing catchup', which could itself last for some weeks..even a few months.

There is simply nothing significantly bearish due in the near term.