The market opened with what appeared to be a brief spike high, but as we moved into the afternoon, it again became clear, new highs were possible. The Dow and SP' indexes broke new highs, but notable laggards are the two market leaders - the Trans and R2K.

--
*I've been neglecting to highlight the R2K and Transports hourly charts in recent weeks. Most notable is the fact that both counted as a near perfect 5 waves down, and now a 50% retrace of wave'1. They are both suggestive of a wave'3..to begin within 1-2 days. 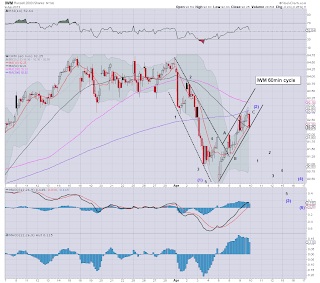 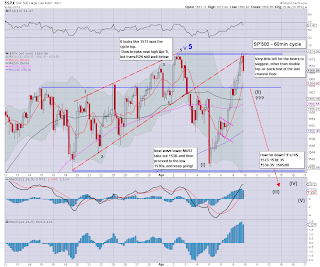 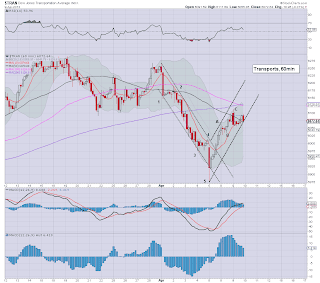 So, we have a possible double top on the sp @ 1573, although the Dow certainly made a very clear new high.

The next market issue is the FOMC minutes to be issued tomorrow at 2pm.

The bears have experienced far worse than today, but as always, days like today are very annoying.
--