An important day for US equities, with the Dow breaking a new historic high, and the Sp' clearing the recent 1530 high. There is now easy upside to the 1550/60 area, although 1600s are viable by late April, but that will be very difficult. 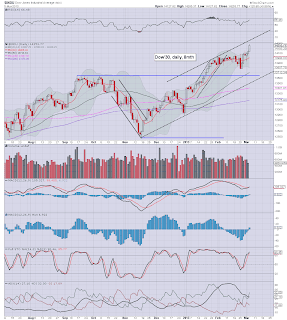 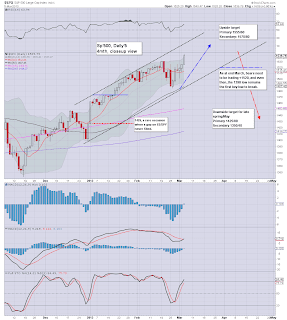 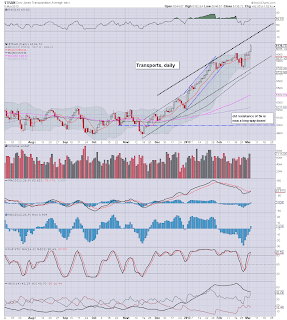 The transports continues to lead the way. It was the first to break higher in mid-December, and its now comfortably in the 6100s. 6400/6500 seems likely within the next few weeks. The only issue is whether 7000s are hit before the next major down wave of 10% or so.

It is going to be VERY difficult for the bulls to put in any sustained daily closes >1570.