Time for another rate hike 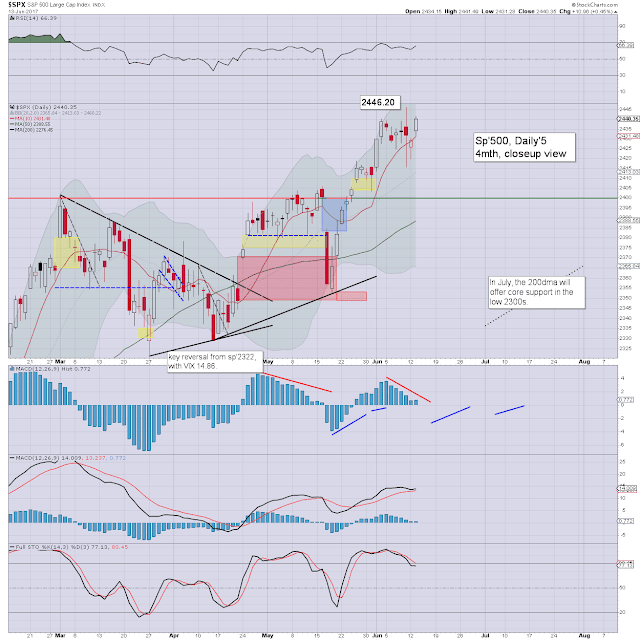 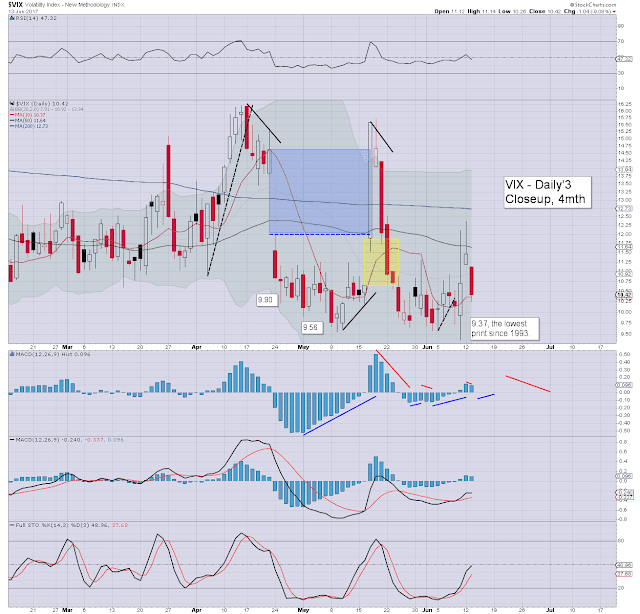 US equities opened moderately higher, and clawed higher all the way into the closing hour. There were new historic highs for the Dow and NYSE comp'.

Volatility was under particular pressure, with the VIX knocked lower by a very significant -9.1% to the mid 10s. Its possible we'll see a flash print of the 9s on Wednesday, but a foray to the 13/14s seems very viable before the weekend.
--

The short-term cyclical setup favours the equity bears tomorrow, and more so, for Thursday.

If the market does see another sig' wave lower, look for many within the mainstream to blame the equity weakness to the fed raising rates. That would be a gross mis-attribution. First, the rate hike is expected. Second, the short term cyclical setup for Wed/Thursday will favour a wave to the downside.

Tomorrow will be rather interesting!

Or you could buy one share of SNAP. By late summer though... maybe you could buy two.
Posted by Permabear Doomster at 00:00:00
Email ThisBlogThis!Share to TwitterShare to FacebookShare to Pinterest
Newer Posts Older Posts Home
Subscribe to: Posts (Atom)