Its just a bounce 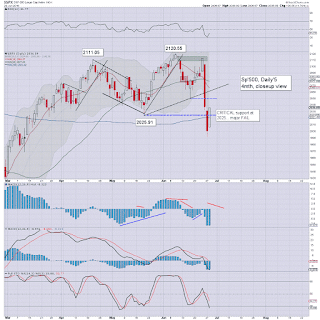 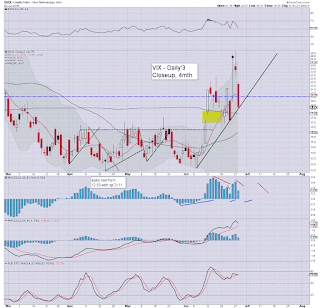 So... yesterday saw a double floor of sp'1991, confirmed with today's net gains. Considering the decline from 2113-1991 took only two days, the bounce should (in theory) be no more than that.

Yesterday's VIX decline remains notable, relative to the very significant equity declines. It would seem, even if renewed downside to the sp'1950s.. VIX will max out no higher than 28/32.

With just two trading days left of June, my attention is increasingly on how equities, and many other asset classes will settle the month... 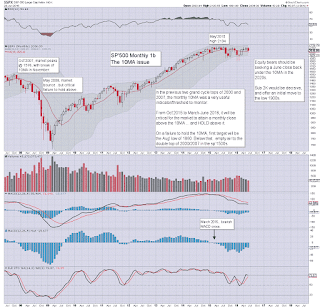 As ever, I think the equity bears should be seeking a close under the key 10MA - which currently sits as 2025. Clearly, that is well within range. A Thursday/June settlement under the giant psy' level of 2K would be a real bonus, considering we closed last Thursday at 2113.

As for tomorrow, the bounce should have exhausted itself, and we should close at least marginally lower. It will be interesting to see how many of the bull maniacs decide to sell into month end, and ahead of the July 4th holiday break.