US equity indexes declined for the third consecutive week, with net weekly declines ranging from -3.7% (Trans, R2K), -3.3% (Nasdaq comp'), to -2.2% (sp'500, Dow). Near term outlook threatens a bounce into the next FOMC of Jan 27'th, but regardless.. broader downside to the 1600s looks a rather easy target this spring. 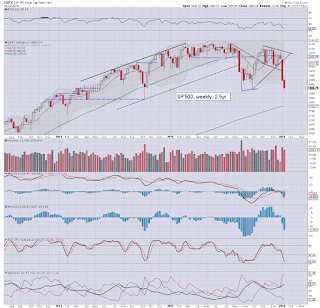 Even if the market can form a solid base this summer (avoiding a deflationary collapse to sp'1000, or even lower), and then push higher into year end, sustained action >2K looks out of range until at least August'.
-- 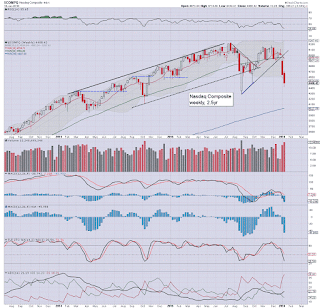 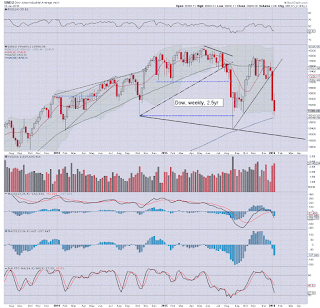 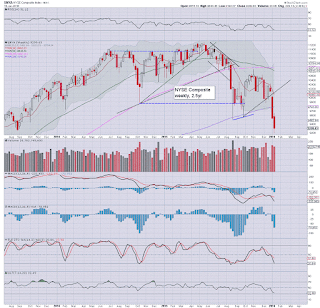 The master index lost another -2.4%, settling 9299. The 9K threshold looks an easy target, with broader downside to around 8000 by May/June. 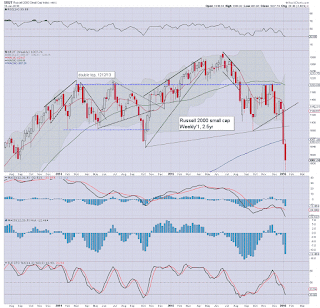 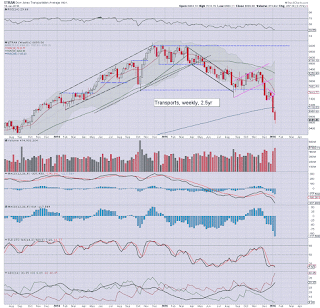 The 'old leader' - Trans, continues to fall, with a net weekly decline of -3.7% @ 6689, the lowest level since Oct'2013. Considering the fact that energy/fuel prices continue to fall, the Transports should (in theory) be performing better than other indexes. Yet.. the reality is the exact opposite.

Is the Tranny warning of a systemic/underlying economic crisis in 2016/17? Certainly, something 'serious' is already being priced in, with the Transports net lower by -28% since Nov'2014.

A third consecutive weekly decline, and there is simply no sign of a floor yet.

The smaller hourly/daily cycles are unquestionably deeply oversold, and we're due a bounce. As things are, even if the market can rally all the way into the next FOMC of Wed' Jan 27'th, at best, the sp' might see a bounce to the 1940/60 zone. Sustained action >2K looks completely out of range.


Key issue: regardless of ANY short term bounce, the broader trend remains increasingly bearish. The sp'1700s look viable at any time, with broader downside to the 1600/1500s by late spring/early summer.

From a pure technical perspective, the monthly MACD setup in April will be that as last seen in Sept'2008.

A short week is ahead, and other than CPI data, there really isn't much scheduled.

I might post something on Monday, if there is significant price action in the EU/Asia markets, or if US equity futures are imploding (or soaring) overnight Monday.

In any case.. enjoy the long weekend.
Posted by Permabear Doomster at 17:00:00
Email ThisBlogThis!Share to TwitterShare to FacebookShare to Pinterest

The mainstream are starting to wake up

US equity indexes saw a third consecutive net weekly decline, with a new cycle low of sp'1857. The mainstream are finally starting to awaken to the notion that this is no correction like Aug'2015 or Oct'2014. Given another month or two, they'll start to consider that the situation is even more serious than the decline from May-Oct'2011. 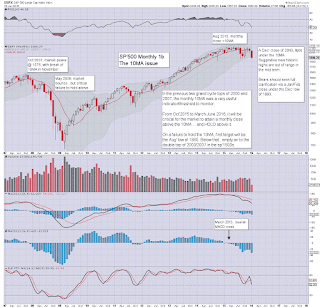 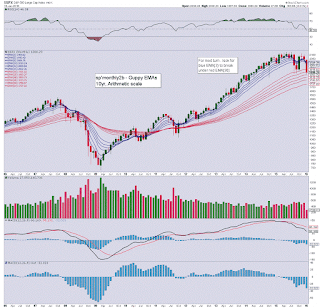 As ever, I watched a fair amount of clown finance TV today, in this case, channel'1..aka, CNBC. It was pretty amusing to see how many of the hosts and guests were getting a little twitchy with yet another very significant opening decline.

Increasingly, we're seeing the old arguments resurface, that of the 'fed saving the market'. No doubt the lower the market falls into the spring, calls for reducing rates back to zero, along with QE4 will appear.

It will be interesting to see what Cramer, Cashin, Santelli, Guy Adami, Josh Brown, and Steve Grasso have to say when we're in the sp'1600s.

Ohh, and of course... from Fed chair Yellen. I don't envy her. Unlike Bernanke who walked away into the sunset, Yellen is already facing the embarrassing likelihood of having to back track on raising rates.

Regardless of any bounce in the short term - which is clearly viable, not least if the Chinese leadership take action (cut rates, change RRR, etc) this weekend, the broader trend is clearly BEARISH.

The default trade remains to the short side, with the sp'1600s a rather straight forward target.

Right now, the 'prime' downside looks to begin in April. As the year proceeds, I'll try to refine the time frame.

I certainly don't agree with everything Faber says, but I always think he is worth listening to, not least as he has a rather good sense of humour.
--

For those with an interest in macro economics, this is good listening.

--
*the weekend post will be on the US weekly indexes
Posted by Permabear Doomster at 04:00:00
Email ThisBlogThis!Share to TwitterShare to FacebookShare to Pinterest 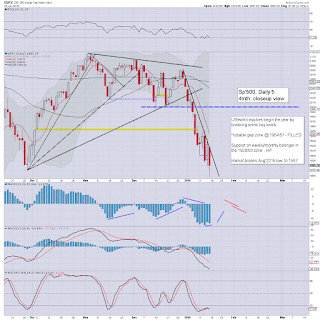 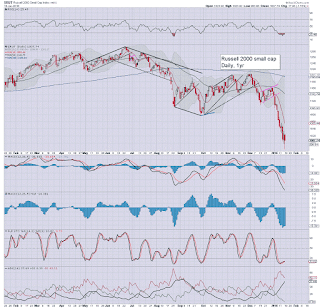 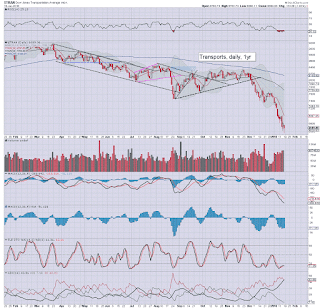 Suffice to add, new multi-year lows in all US indexes.

There is VERY serious threat of continued weakness, with short term capitulation in the 1700s next week.

The other scenario is a bounce into the next FOMC (Jan 27'th).. after that.. STILL renewed weakness to the 1700s.

What should be clear... regardless of any short term bounces, the broader trend is to the downside.
--