It was a rather tedious day in US equity land, with the sp'500 swinging from a morning low of 1920 to 1947, settling -0.9pts @ 1939. The next opportunity for a major wave lower looks unlikely before March, which is a shame, considering there might just be twelve days left until the end of the world. 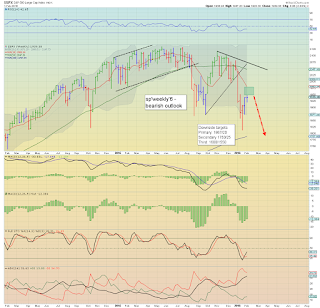 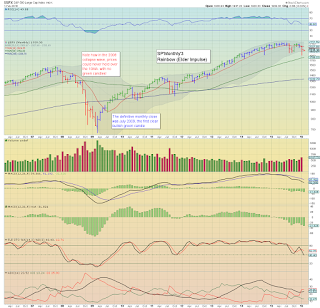 re: weekly6 - the second blue candle, we'll likely get another 2-3 of these before chance of a rollover.

re: monthly1b - the second red candle, and the fourth of the last seven. Note the 10MA, having now declined to 2024. By the March open, the 10MA will be around 2K. Sustained action >2K looks extremely unlikely for many months.
--

Tuesday has vehicle sales data... but that is about it.


As for twelve days left...

Its been almost 27 years since Elaine made her bold prediction in summer 1989 on the weekly show 'World of the Psychic'. We'll soon find out if she was right.