US equities open a little higher, sp' +10pts @ 2090, but the market looks increasingly vulnerable. The daily cycles are offering a clear bearish MACD cross, no later than Thursday. Gold is starting a new month on a weak note, -$7. Oil is back to flat.. in the $46s. 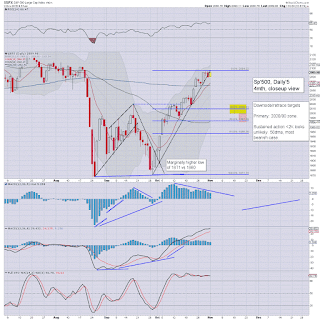 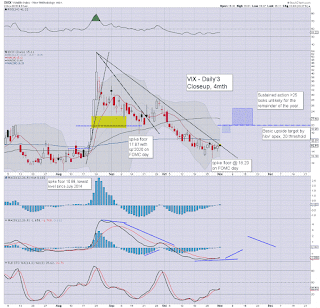 A new month begins on a moderately positive note... but all things considered, it would be bizarre if we don't see a retrace across the next few weeks.

notable weakness, miners... GDX -1.0%.... rest of the year could be pretty rough for the miners/metals... not least if the Fed finally raise rates at the Dec' FOMC.
- 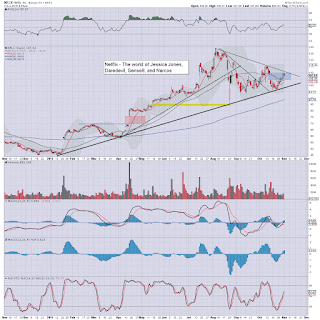 Its got stuck at the gap zone.... looks vulnerable to 95/90... within 2-3 weeks. A test of the 200dma remains very viable.. before upside into end year. Nov' chatter on 'Jessica Jones'.. amongst other shows will no doubt help.