Good evening. With sporadic news wire reports about the troubles in the Crimea, futures have opened somewhat lower, with the sp' -20pts in the opening 10 minutes. Best case for the equity bears is probably a hit of the 50 day MA, equiv' to sp -37/40pts. 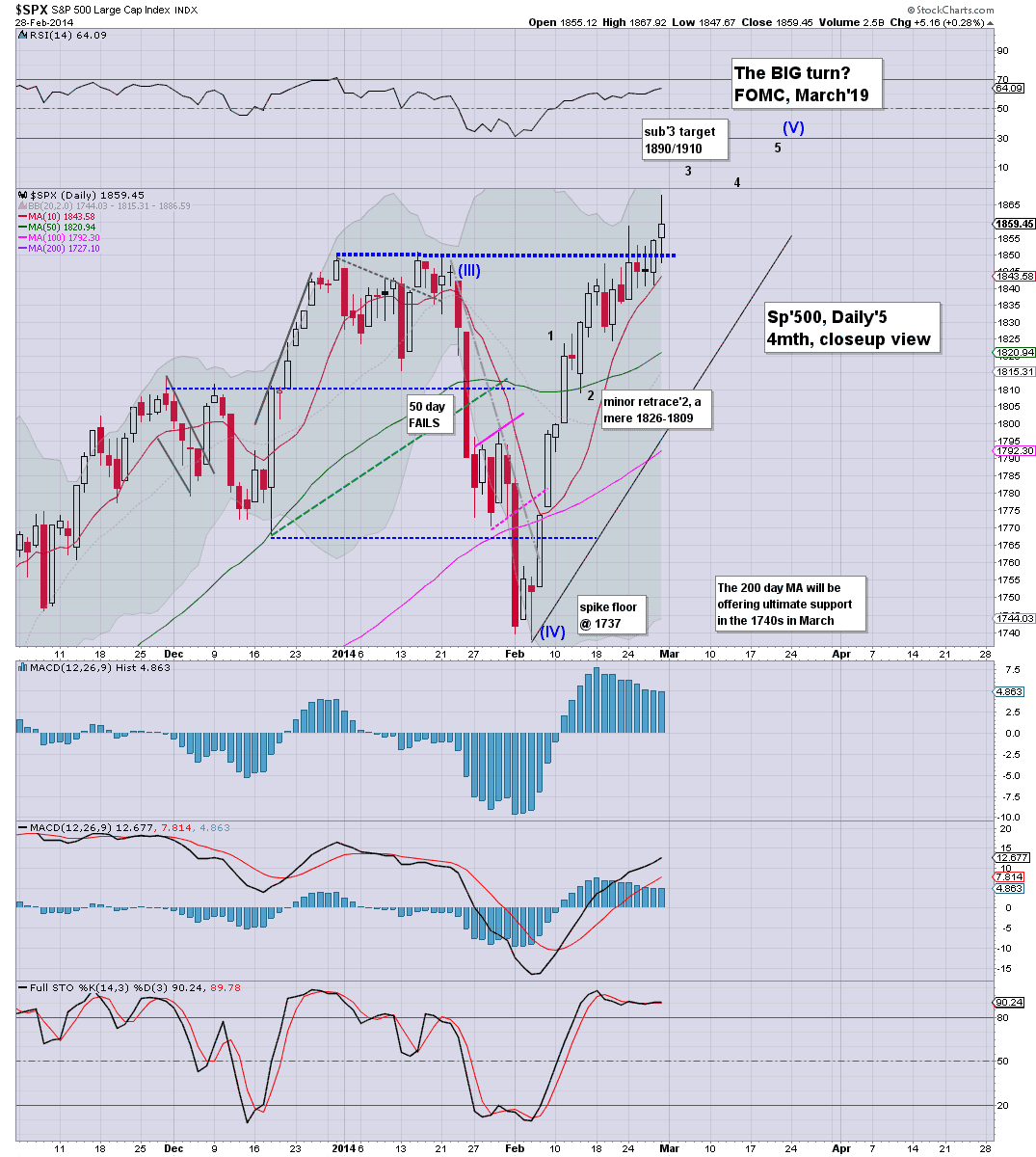 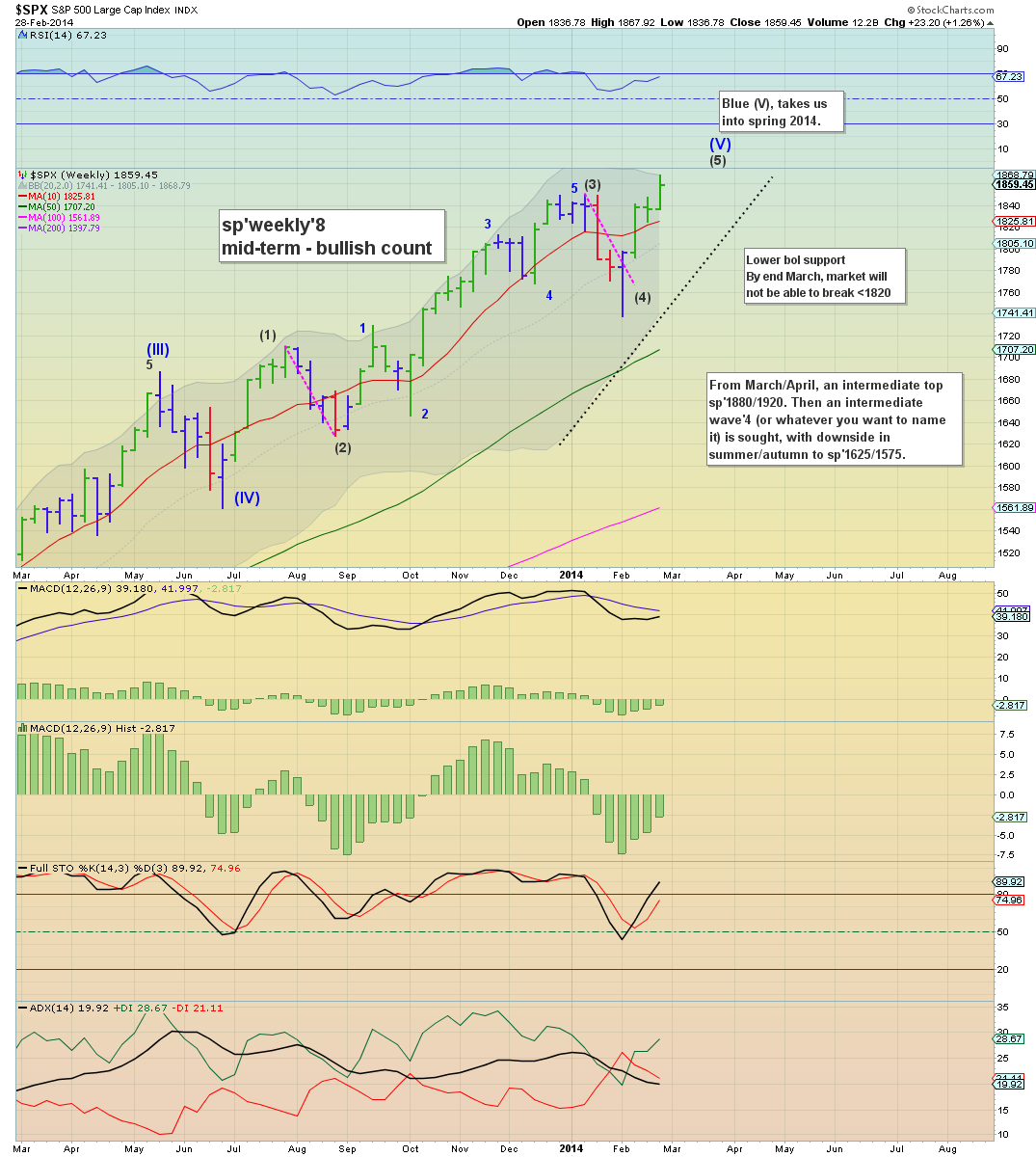 So..Mr Market is naturally a little rattled by the developing crisis in the Crimea.
--

Best guess for Monday...a close that is markedly higher than whatever morning low we see.

I'd sure not be surprised if we close a little higher - although there will be very strong resistance at the weekly upper bollinger - currently around sp'1870, but will probably rise in late March/early April.

As it is, I have no real interest to get involved right now..and am merely waiting for the next FOMC of March'19.
--
updates...into the early night..as necessary
-

Clearly, the moves we're seeing in the opening hour are kinda interesting, but nothing dramatic.

Certainly, if the market is in a bad mood tomorrow morning, lower levels are likely, but I really don't expect anything too major.
--

Again, its nothing dramatic, and I'd be VERY wary that this nonsense won't manage a green close.

Bears face sig' QE-pomo Monday and Wednesday...and by end of the week, if Mr Market likes the jobs data, then a weekly close in the 1880s is most certainly viable.

*monthly charts will be important to watch at the Monday open. Will see the upper bol' jump to 1940/50....which of course is a fair way higher than current levels.

back at the Monday open.
Posted by Permabear Doomster at 23:16:00
Email ThisBlogThis!Share to TwitterShare to FacebookShare to Pinterest
Newer Posts Older Posts Home
Subscribe to: Posts (Atom)