3pm update - battling into the close

US equities remain moderately higher - if somewhat choppy. The spike floor of sp'1993 looks unlikely to be broken in the near term... with the hourly/daily charts both offering 2010/12 in the immediate term. VIX is confirming a somewhat 'placated' market. 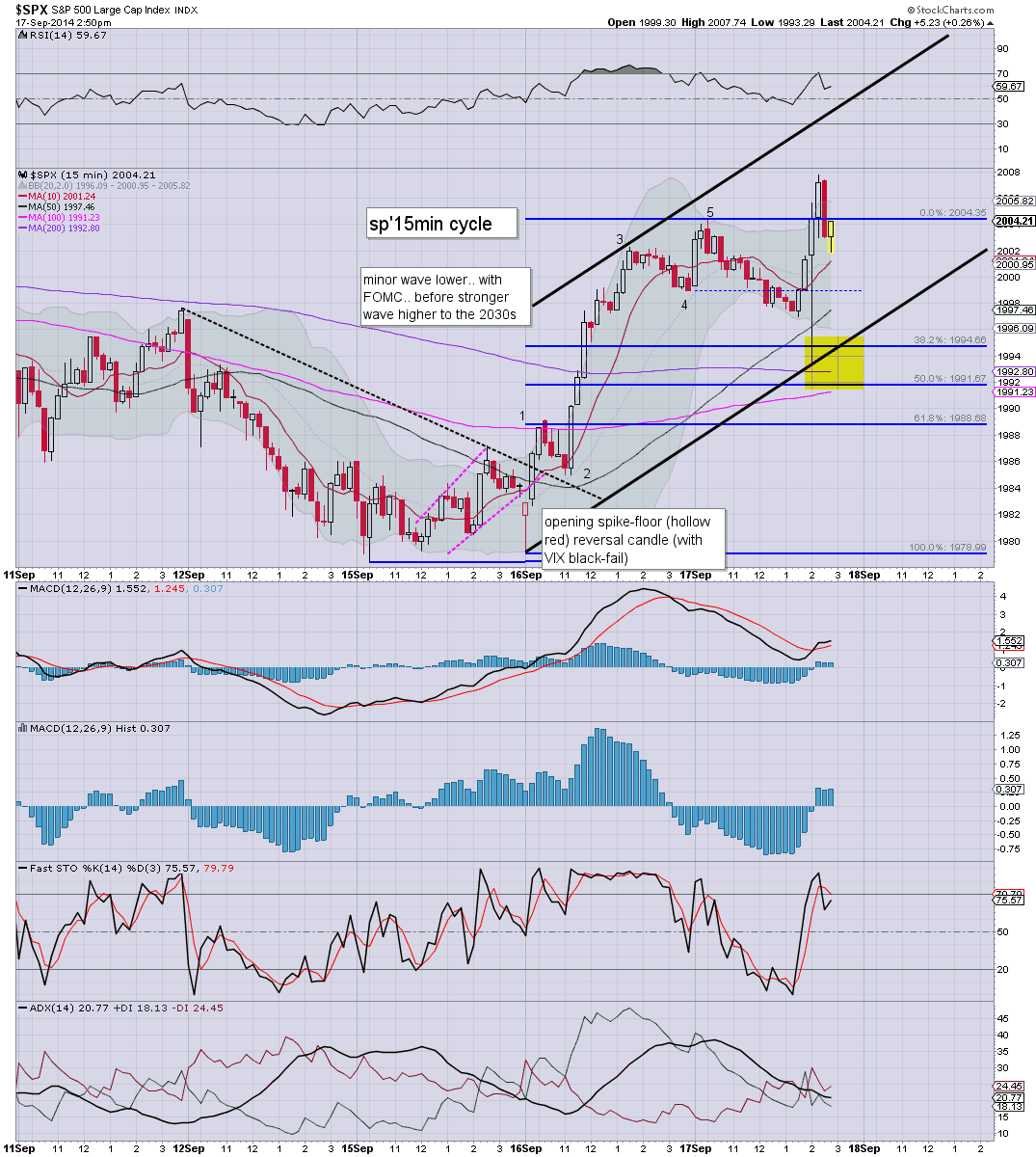 So...we're higher.. and with the Dow breaking a new historic high, I think no one can justifiably get bearish in the near term.

I've only just noticed, not only has the Dow broke a new historic high...so has the Transports.


3.14pm  VIX -7% in the 11s... utterly reflecting a market that is afraid of nothing. After all, everything is protected by the Fed, yes?


3.27pm.. Thank the gods... Yellen has finally stopped.... having refused to offer her view on the Scottish vote, lol.

..and I will consider picking up an index-long tomorrow.


3.37pm.. rats are selling into the close... kinda interesting...VIX might even close green, hmmm

BACK at the close.  :)
--
*ps. hello to the person in San Diego... I see you out there Ms. C (I guess its you ;)
Posted by Permabear Doomster at 19:52:00
Email ThisBlogThis!Share to TwitterShare to FacebookShare to Pinterest
Newer Post Older Post Home