It was a day of minor chop for US equities - although with a notable new high of sp'1991. The multi-month up wave continues of course, and with price action as it is, there can be increasing confidence that the key Fib' target in the sp'2130s will be hit. 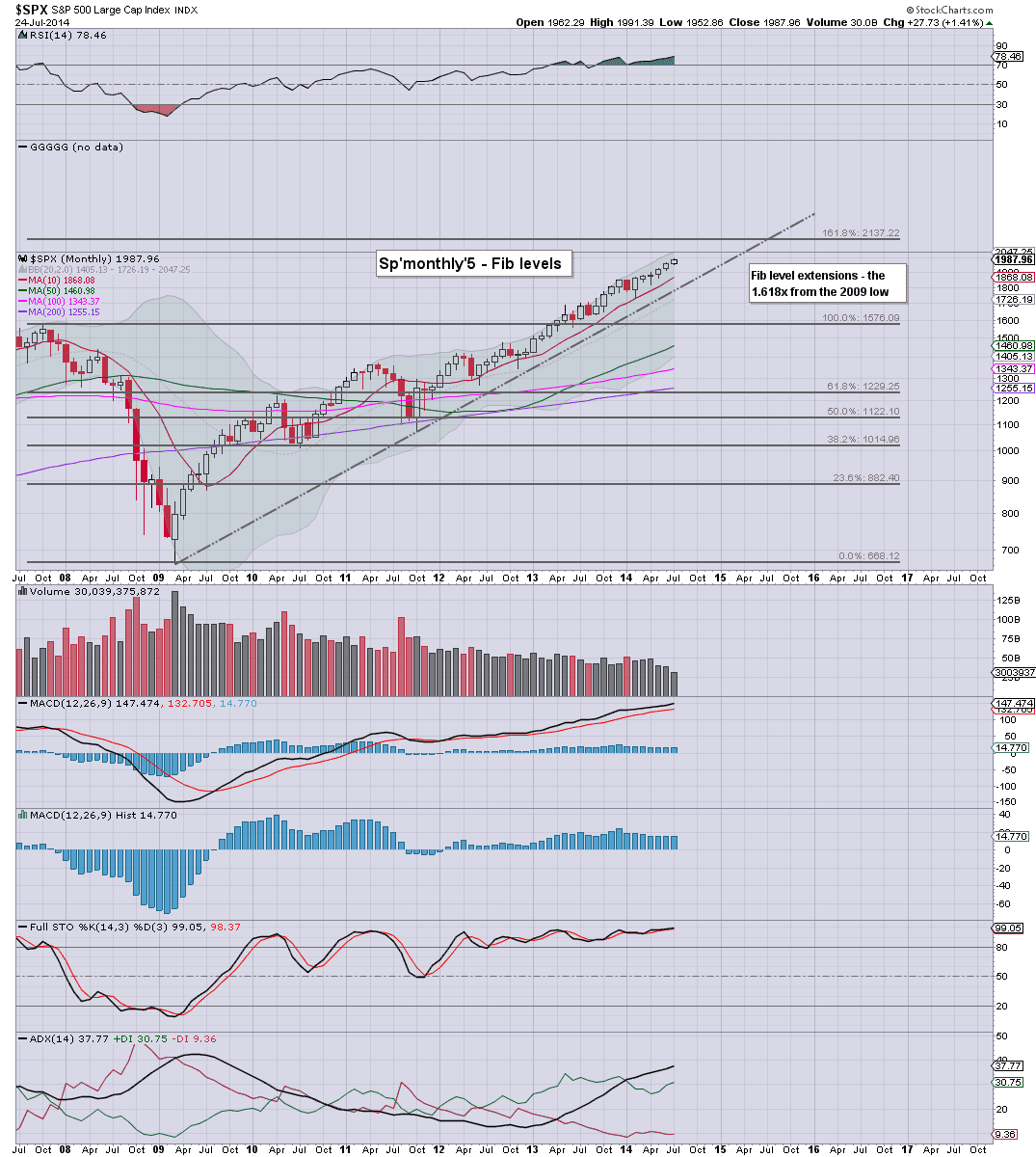 *I do like to keep in mind the Fibonacci levels, more so on the bigger time scales. The above chart is an old one, and the 2130s were always a 'crazy upside target'...as far back as 2011.
--

I read around a great deal of course.. last evening I noticed the following chart...

If you count the candles, the 'choppy top' would be around next February.

Further, I'd certainly agree that we should expect the VIX, and equity price action to get more choppy as a grand multi-month top is formed.

An important point is that this Carboni chart is NOT suggesting any particular downside target. The downside candles in spring 2015 should be seen as merely 'illustrative'. 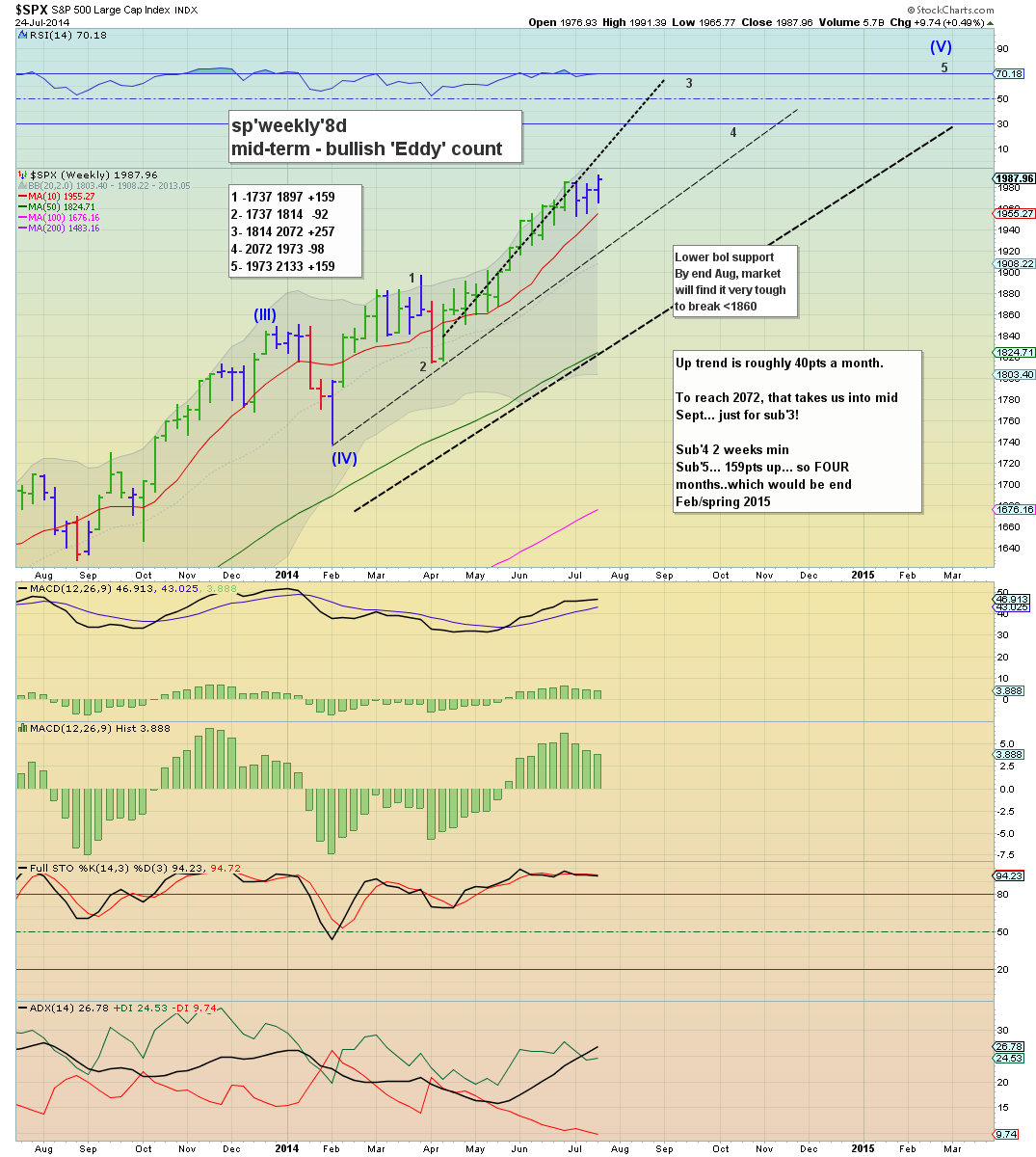 It is pretty interesting in that - by my estimate, if you agree we're headed to the 2100s.. then at the current rate of monthly increase (along with minor pull backs).. it'll likely take until early 2015... February is currently the 'best guess'.

Friday has Durable Goods Orders... and that is kinda important. So long as it comes in reasonable, market has fair opportunity to melt higher into the weekend.

*next sig' QE is not until early August.. .at which point monthly QE will be a mere $25bn, of which $15bn will be the more market 'motivating' QE-pomo.
--