The main indexes are continuing to see minor price chop, but with a touch of underlying weakness. The sp'500 looks set to slip into the afternoon, first target is 1825/24, but there is almost equal likelihood of a brief move to the fib' zone of 1820/18.  Latter week significant upside is then expected. 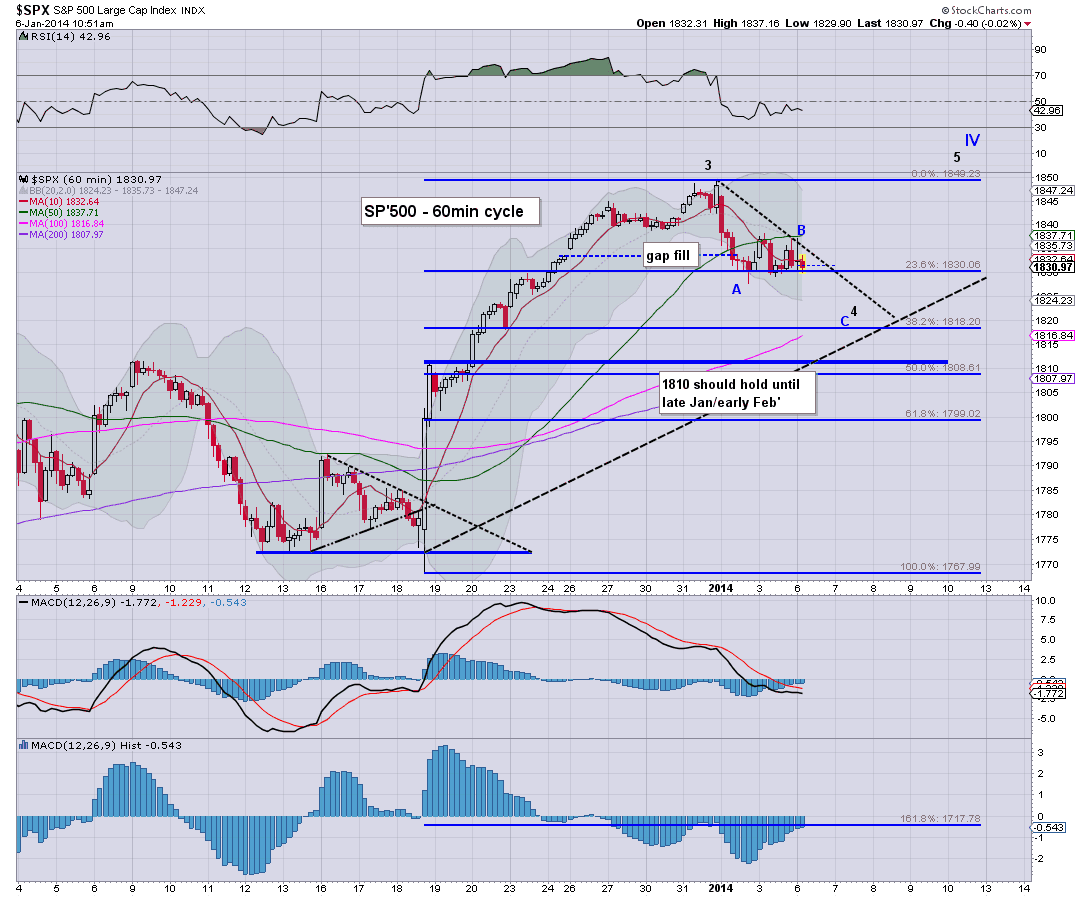 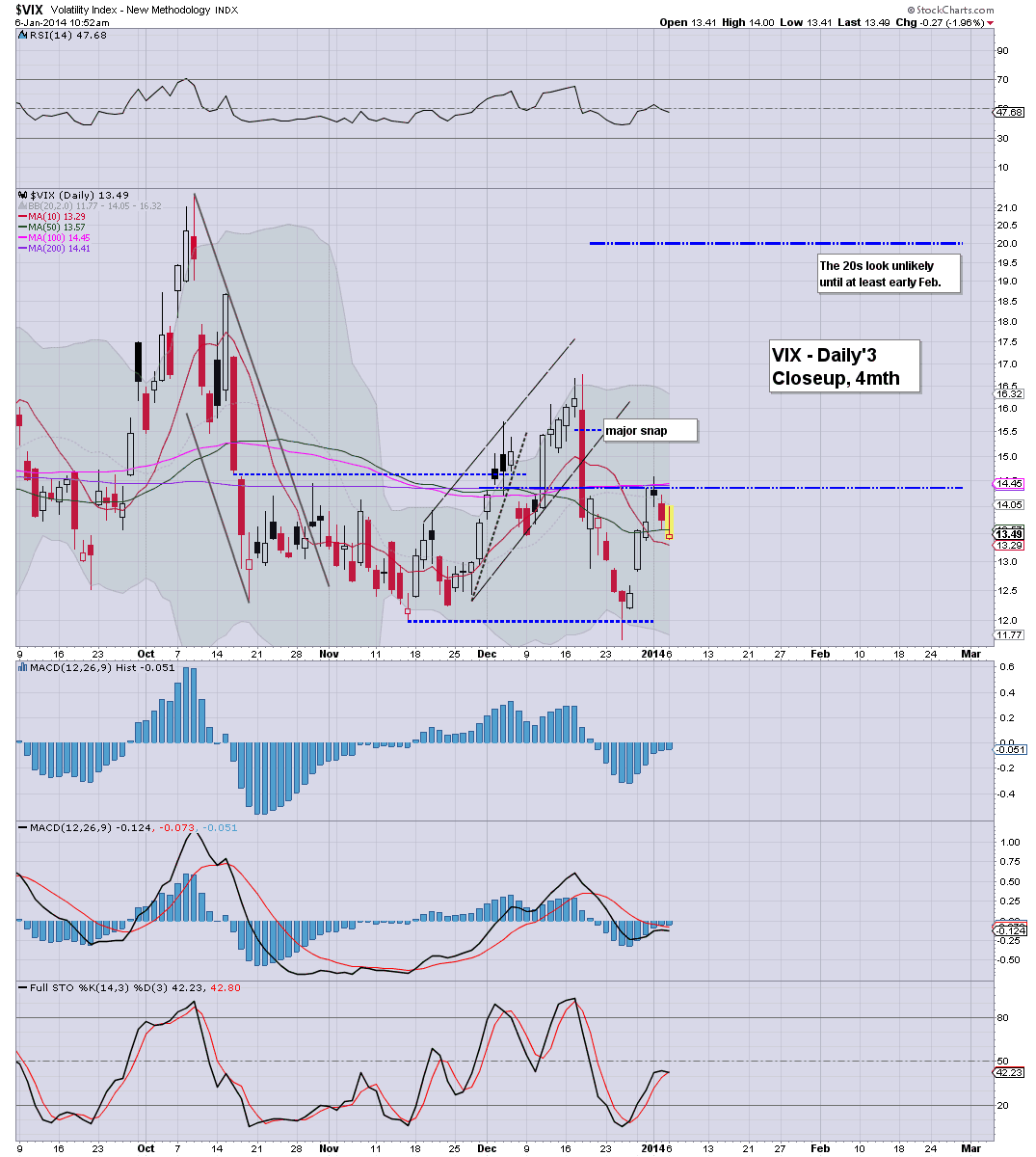 *despite the index weakness, it is notable that the VIX is marginally red. I'd look for the VIX in the 12s later this week, but that is not a very bold call.
--

Not much to add. There is notable weakness in DRYS and TWTR.

--
I just noticed the first update of the year from Oscar

Not surprisingly he is bullish, but hey...so am I.

..and there is the break...sp'1828.....no reason why we won't just slowly slip into early Tuesday..before the first major QE-pomo of the year kicks in.

No doubt, a lot of bears are getting lost in hysteria..and will get nailed later this week. Oh well....Darwinism..I guess you could say.

Upside to 6/7..seems viable from here..only issue is whether double digits, by late spring, when Mr Market should be around sp'1950/2050.
Posted by Permabear Doomster at 15:53:00
Email ThisBlogThis!Share to TwitterShare to FacebookShare to Pinterest
Newer Post Older Post Home