We are just three weeks into the year, and the bulls look firmly in control. Even an index retracement of 3-4% would do no damage to the strong trend, which now spans 9 weeks, and totals 142pts on the sp'500. The Sp'1500s look easily viable in February/March.

With the market shut, lets look at a few things that I not normally have the time to cover.... 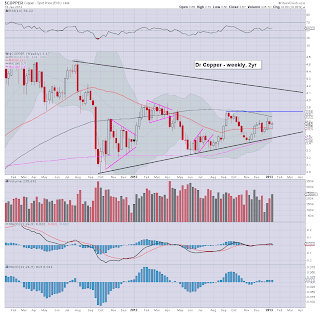 Copper has been trading in a very narrow range for the past year. A break of that rising support would be very significant, and especially be a warning of trouble for the precious metals. I don't expect such a break though, we'll more likely just bounce again, and if the Bernanke dollars find their way into the US market, I'd expect Copper in the 4s this spring. 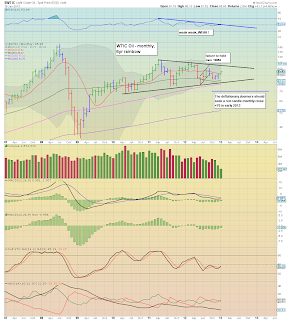 Despite the weakening economy, WTIC Oil is holding up, and is now outright bullish on the rainbow chart. All that's missing is a break above that declining wedge in the $105 zone.

The deflationary doomer bears will need to take out $80, and then the June 2012 low of $77, which frankly..just doesn't seem likely anymore. 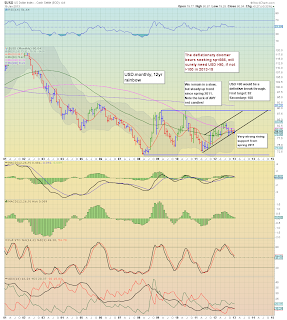 The USD has moderately broken the rising support/channel from the spring 2011 low. I suppose its possible we might close January with a blue..or even green candle, but the dollar sure has struggled since last summer.

There is nothing particularly bullish here. A break into the USD 78s would be a warning of much lower levels in the spring..along with corresponding much higher equity/commodity prices. 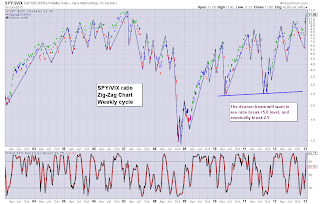 With the VIX in the 12s..and the sp @ 1485, its not surprising to see such an extreme reading in the SPY/VIX ratio chart. We've not seen these levels since early 2007, way back during the hysteria of the property bubble.

Many would say we can't go higher...but hey, the trend IS up, and there is no sign of this levelling out. If there is a minor index retracement in the next week or two, then maybe look for yet another higher low, - a ratio of 9.. or maybe 8s. 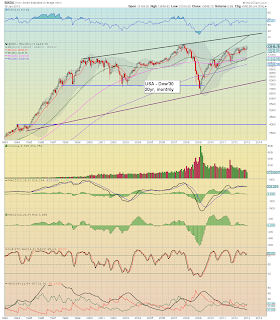 The underlying MACD (green bar histogram) cycle is a bit of a choppy..and even weak mess. There is no clear up cycle right now, despite prices significantly higher  It is remarkable to reflect on the fact that the bears never saw one decent monthly decline last year. 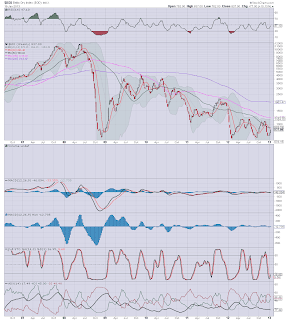 The Baltic Dry Index remains near historic lows. Many of course would merely state its due to an over-supply of ships, and thus prices are very low. Doubtless, this is true to some extent, but still, we are 90% lower than the 2008 commodity bubble peak.

Certainly, who wants to be long shipping companies right now?
---

Finally, another thing I rarely get to highlight... 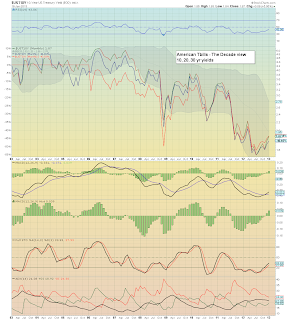 The Bernanke will not be pleased with the chart above. Its nothing serious yet, but if yields break the highs from spring 2012 - which also happen to be the lows of summer 2010, then the Fed' might start to get real twitchy.
.
Underlying MACD cycle is unquestionably ticking strongly higher, and it looks like we'll have at least another 2 or 3 months in this up cycle. That would suggest equities won't be breaking significantly lower until April/May - at the earliest.

So, those bears looking for sp'1300/1200s sometime this summer/autumn, should probably keep an eye on this chart, and look for a rollover in bond yields from April onward.
--

Well, that's it for today. I hope some of the above was at least 'kinda interesting'.

Back on Tuesday morning
Posted by Permabear Doomster at 17:00:00
Email ThisBlogThis!Share to TwitterShare to FacebookShare to Pinterest
Newer Posts Older Posts Home
Subscribe to: Posts (Atom)