Whilst the main indexes closed broadly flat, the VIX managed a slightly higher close, +1.2%, to settle @ 13.52. Its going to take a near 20% gain just to get to the first gap level of VIX'16. The upper gap of VIX 18' looks way out of range in the near term. 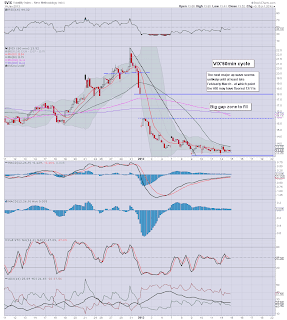 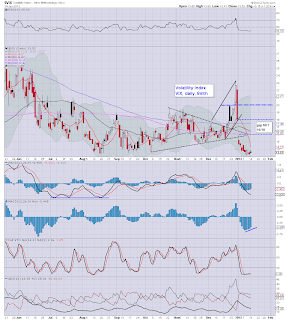 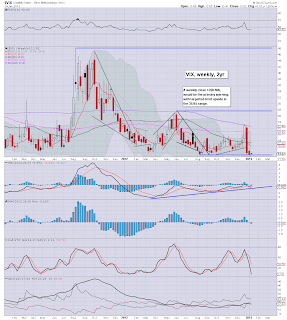 The hourly and daily charts are pretty clear, the obvious retracement (to the upside) is somewhere in the VIX 16-18 zone. I suppose sp'1440 might equate to VIX 16s, with sp'1425 and VIX 18. I find that latter highly unlikely though, considering the strength being shown on the index weekly/monthly charts.

The weekly chart looks especially bizarre after the opening candle of the year, and after that New Years slam down, it now seems unlikely that we'll see VIX 20s until March/April.